The latest update to the game has brought one of the most requested features to the game, which allows users to skip animation after successfully completing traces. But along with this useful feature, the update has also brought an annoying bug.

As per the reports from several players, the bug is affecting Rewards Summary pages. The issue is ‘Rewards Summary Page’ doesn’t load up when players are successfully returning foundables, opening a Portkey and leveling up a Registry family page.

And this issue is happening irrespective of whether you use the new animation Cut-Scene feature or not. Have a look at some complaints down below. However, there is one notable exception while completing a Wizarding Challenge at a Fortress. Well, players need not be required to worry about rewards as this does not affect the items or XP you receive.

Players will get all the fragments, Wrackspurt drops, Scrolls, and Runestones, but they won’t see a Rewards Summary page. Players can see their rewards by restarting the game immediately before opening Portkeys or Leveling up the registry (without doing any traces in between).

One more issue is also troubling Wizards Unite players. This issue comes up when they are trying to level up a Registry page. Many players are facing an issue in which the Registry page progress bar gets stuck at 100 during the first visit & players then need to leave the page.

During the second visit to the registry page, it will level up & remove the red dot, but the game will freeze completely after that.

Until Niantic provides a fix for this issue, players can follow this temporary workaround for these problems, suggested by a Wizards Unite player, u/CookieDevAuror. For a quick refresher, a new Brilliant event has also been announced for the game. Brilliant Event: Fighting Forces has been divided into two weeks. Week one of the Brilliant event will start on October 8, 2019, and will stay live until October 14, 2019. 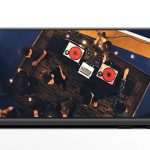 Redmi Note 7 Pro MIUI 11 update up for grabs along with other phones via xiaomi.eu project