The road to Xiaomi’s Redmi 6 Pie update has been quite bumpy. First, the device, alongside the entry-level Redmi 6A, appeared to have been dropped from the list of smartphones that Xiaomi would be upgrading to Pie.

The initial list was published in March 2019, but it was revised a month later to exclude both the Redmi 6 and Redmi 6A. This, as expected, wasn’t received well by owners of the duo.

The thought that their Redmi units won’t receive even a single OS upgrade got many owners of the pair worried. This wasn’t easy to fathom given that their predecessors, the Redmi 5 and Redmi 5A, did receive one major OS upgrade from Nougat to Oreo.

However, time would later prove that this was just a rare mistake from Xiaomi’s end after the devices were invited to try the beta version of the OS somewhere in early July.

After several weeks of testing, both the Redmi 6 and Redmi 6A started receiving the stable version of Android Pie with MIUI 10 in early August 2019. However, the rollout was shortlived as Xiaomi later pulled back the update and instead pushed a new Oreo build.

The OS was rolled out in stages, meaning a majority of users failed to get the OTA in the first wave. Early adopters of the new OS started reporting numerous issues like app crashing, black screen on boot and lagging. As a result, Xiaomi pulled the Pie OTA for both devices.

About a week ago, the Redmi 6A Pie update was re-released, this time tagging along the latest September 2019 security patches alongside support for Digital Wellbeing. At the time, there was no mention of the patched version of the Redmi 6 Pie update, but that ends today.

As of this writing, there’s a new Redmi 6A Pie update available for download on the global units. The update is arriving as MIUI 10.4.3 and like the Redmi 6A Pie update, you also get the latest September security patch, plenty of new features and optimizations, as seen below.

There is a lot going on for gamers in the latest Redmi 6 Pie update, but everyone else should also enjoy the goodies of Pie and improved security as part of this new update. If the OTA hasn’t hit your device, be sure to grab the recovery file below and install the update manually.

NOTE: If interested in more Redmi-related stuff, we have a dedicated section here. You may also check out Xiaomi-related coverage in general, including the Poco brand, via this link. 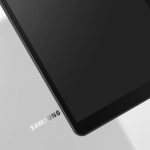