In March, Xiaomi published a list of devices that would be upgraded to Android 9 Pie. Besides the usual suspects in the upper echelon, Xiaomi also included a bunch of budget phones on the list, among them the Redmi 6 and Redmi 6A.

This was expected considering the devices came preinstalled with Android Oreo and typically, Redmi phones receive one major Android OS update. But a month later, the list was updated with news that took the Redmi 6 and 6A family off balance. Apparently, Xiaomi had changed plans.

Towards the end of June, things changed once again, this time for the better. Xiaomi announced that it was recruiting beta testers for Android Pie on the Redmi 6 and Redmi 6A. The Poco F1 was also invited for this particular beta testing escapades, but for the newer Android Q.

A week or so later, the beta update started rolling out to those who submitted their interest in trialing Pie.

While those in China already started receiving the stable update to Android 9 Pie on their Redmi 6 and Redmi 6A units earlier this month, it’s only now that the global rollout seems to have kicked off for the latter. Users in Europe (Albania) and India have received the update as MIUI 10.4.1 and it weighs 1.3GB.

It’s unclear how widespread the rollout is in the said regions, but having just been spotted online, it’s likely that more devices will begin receiving the download notifications from today onward. OTA updates are always staggered, so it’s not possible for every Redmi 6A user to receive the OS at once.

Besides Pie, the new MIUI 10.4.1 update also installs a new Android security patch level dated July 1. As for what changes the new OS brings, well, you’ve had them all this time as part of MIUI 10. A lot of what MIUI 10 brings over MIUI 9 is basically what Pie brings over Oreo.

Since all non-China variants of the Redmi 6A have the same global MIUI ROM, it should be easy to switch to Android Pie once we get the download links. Thus, we’d advise you to keep an eye on this post for when we update it with the recovery and fastboot download links.

Once again, the update to Pie is the first and only major Android OS upgrade for the Redmi 6 and 6A, at least officially. But given how developer-friendly Xiaomi devices are, especially the Redmi series, we won’t be surprised if these two get custom ROM support for years to come.

We still don’t have any confirmation about the state of Redmi 6 Android Pie update for the non-Chinese model. The OS already rolled out to the China ROM, so it’s just a matter of time before the global ROM goes live. We’ll be here to update you when it does.

Following the trails of Redmi 6A, global variant of Redmi 6 is now getting the stable Android Pie update in the form of MIUI 10.4.1.0. We captured the OTA packages for both as well – here you go:

Xiaomi pulled back the Pie update for Redmi 6 & Redmi 6A. Both phones are now getting a new Oreo based update (MIUI 10.3.6.0) with August security patch. Details here.

Xiaomi is currently pushing the Pie update for global Redmi 6A units via a new build (MIUI 10.4.3.0). The OTA also brings September security patch. Head over to this article to know more. 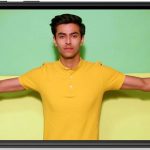