Blast from the past: Asus ZenFone V finally receives Oreo update (with some caveats) Asus is giving a tough competition to Xiaomi and OnePlus with their budget friendly ZenFone 6 (Asus 6Z in India) flagship. However, the Taiwanese OEM did collaborate with Verizon in the past to launch carrier exclusive high end phones in the USA, such as ZenFone AR and ZenFone V.

While the augmented reality specialist ZenFone AR was available globally through a different model number (unlocked: ZS571KL; Verizon: V570KL), ZenFone V was entirely tailor made of the big red carrier.

Asus used a dated Snapdragon 820 SoC inside the ZenFone V (V520KL), but slammed a capable 23 MP shooter as the primary camera. The battery capacity (3,000 mAh) was fairly good in 2017’s standard, with the Type-C charging port as a bonus.

ZenFone V’s AMOLED screen and the subsidized price made it a steal for Verizon customers. The factory installed software (Zen UI 3) was, however, the biggest disappointment of the whole package.

Asus shipped Android Nougat (7.0, not even 7.1.1) with the phone, even then Oreo was right at the corner. The phone got only one security update on Nougat (patch level April 2018). Well, Verizon did announce Oreo update (finally!) for the phone around a month ago, but there is a catch!

Verizon Wireless is pleased to announce a software upgrade to Android 8.0 for your Zenfone V.

Android 8.0 allows activities to launch in picture-in-picture (PIP) mode. PIP is a special type of multi-window mode mostly used for video playback. PIP mode was originally available for Android TV only; Android 8.0 makes the feature available on other Android devices.

In Android 8.0, we’ve redesigned notifications to provide an easier and more consistent way to manage notification behavior and settings.

Account creation, login, and credit card transactions take time and are prone to errors. Users can easily get frustrated with apps that require these types of repetitive tasks.

Android 8.0 makes filling out forms, such as login and credit card forms, easier with the introduction of the Autofill Framework. Existing and new apps work with Autofill Framework after the user opts in to autofill.

Android 8.0 allows each app to show a category that it fits into when relevant. These categories are used to cluster together apps of similar purpose or function when presenting them to users, such as in Data Usage, Battery Usage, or Storage Usage.

The carrier tagged the OTA as ‘System Update 2’, which should be the end of software support for ZenFone V. The internal version number of the build is VZW_ASUS_A006-V5.6.0-user, and the patch level is March 2019.

The update is now widely available, but owners of the phone are experiencing several audio distortion issues. Some users already downgraded to Nougat by using leaked firmware binaries, but those builds are also plagued with Wi-Fi connectivity issues.

Moral of the story: please stay away from the carrier exclusive phones. Better invest on an unlocked model, cause the same story is repeating every time. 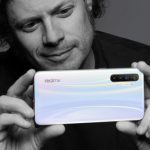 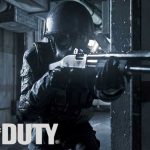