One of the biggest smartphone manufacturers of the world, the Chinese tech giant, Huawei has been in the news for quite some time now. You first got to hear about the OEM’s tussle with the U.S. government, then came the Harmony OS (or HongMeng OS) which is being built as Google banned Huawei from using its services.

There is quite a lot going on for the company and recently reports claimed that the Huawei Mate 30 series smartphone will not have any of the Google apps pre-installed. However, the device will still run on the Android 10 OS as it is an open-source operating system. Mate 30 will be the first smartphone from Huawei which will not have any of the Google apps installed but, Huawei will allow the users to download the Google apps treating them as third-party applications.

This will be a major setback for the users as questions arise on how will the security updates or firmware updates be rolled out and managed on these devices.

Older Huawei smartphones on the other hand will continue to receive the Google services along with security updates. And the latest one to receive August security patch 2019 is the Huawei Mate 20 Pro.

The new security update brings in the August security update along with some enhanced security as well. It carries the version number EMUI 9.1.0.320 and weighs 161 MB in size. Interestingly, for a security update, the size seems pretty less compared to previous updates.

Now, comparing the currently circulating August update with earlier ones seems a bit weird considering its size. Below is the official changelog of this software update as well as the screenshot shared by one of the users of the Huawei Mate 20 Pro smartphone: Note that this new update is rolling out in batches and via OTA and will take time to reach the devices. Also, note that the EMUI versions and update size might vary depending on the region and models of the Huawei Mate 20 Pro.

However, if you want to check whether the update is available for your region or not then, you can head over to Settings>>System>>Software Update>>Check for updates. If any update is available then, tap on it to install the new update carrying the August Security update.

You can also request for the update for your region and device model via the HiCare App. Go to HiCare app>>tap on Update>>then, click on the checkbox and tap on the Apply button.

Note: You can check out our Huawei section to keep yourself updated regarding all the latest happenings around Huawei smartphones. 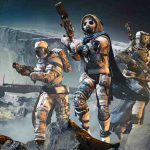