Google has been releasing Pixel smartphones for the last three years. And, they are expected to launch their fourth generation in October. Coming straight from the developers of Android, Pixel resides among elite devices.

Google Pixel runs on the stock firmware. And, the Mountain View tech giant always makes sure it gets the latest Android updates faster than any other phone. Before a week, they did the same with Android 10 too.

It feels good, isn’t it? Getting updated to the new version at the quickest is a splendid experience. What if the package brings its fair share of bugs? That’s what Pixel users are experiencing right now. Yesterday, we reported the lack of pop-up notifications after the update. And a week ago, the ambient display issues came to light.

Guess what? Here comes another glitch. It is related to Pixel stand. In the beginning of this year, we got you a complete story on the stand charging phones slowly. For starters, Pixel Stand is a wireless charger made by Google itself.

Unlike other wireless chargers, Pixel Stand offers myriads of features like Google Assistant accessibility and Sunrise Alarm. Moreover, you will get an entirely different interface once your phone is docked. There is a companion app to ease your way through.

What bug does Android 10 bring to the stand? Well, you can’t get it to work as it should. The phone screen starts to flicker right from the moment you put it into the stand. There is no pattern to the flickering. Let’s hear it from a user.

I just got my new Pixel 3 XL and the official Pixel wireless charging stand. I’ve noticed while the phone sits on the stand (whether the case is on or off) the phone’s screen keeps turning off and then back on intermittently… sometimes frequently… sometimes minutes apart.

From a Reddit thread, we got to know the issue may be related to Night Light. When the screen flashes on and off, a user observed it blocks and unblocks blue light often. That points to the possibility that when docked to the stand the Night Light is toggling on and off.

If you are a Pixel Stand user, you know the bugs don’t end here. When docked, you can’t see notification icons as well. You have to tap to wake the screen for getting a glimpse at the pent-up notifications.

Our quest for at least a temporary fix ended at an XDA-Developers Forum thread. A user reported to have solved the issue by disabling the Pixel Stand app. As of now, no official statement or fix came out. Stay tuned to this story to get yourself notified of any happenings in this regard. 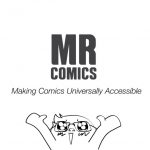