One Piece: Wano Kingdom may be one World Government wants to erase from history In today’s article, I will explain how and why the marines could possibly make a move on Wano arc despite the fact that Wano is not a member of the World Government.

When Akainu, the fleet admiral heard a report about Big Mom’s conversation with Kaido and her declaration to go to Wano and kill Strawhat Luffy, he could not care less knowing that Wano is not a member of the World Government.

And with the Revirie taking place, the marine headquarters is focused on guarding Mary Geoise and the royalties coming from the 170 nations affiliated with the World Government.

Garp had the same reasoning when asked by Hina wether he was worried about his grandson having to face the two Emperors who used to be members of the Rox (Rocks) pirate group. So how in the world will the marines be joining the war at Wano? Let me explain the possible reasons why.

The World Governement serves as the governing body of the One Piece world, led by 5 Celestial Dragons known as the 5 Elders. They accomplish their goals through their two military forces – the marines headed by the Fleet Admiral serving as their main military force, and the Cipher Pol, a group of elite assassins led by CP-0.

The World Government’s shown objective so far is to maintain peace and order. To accomplish this however, they do all they can to keep the void century a secret to the whole world. They would go at such lengths as to destroy a whole nation to do so.

We first witnessed this in Nico Robin’s backstory. Robin grew up in Ohara, a country of archeologists who seek to unravel the world’s history. The government permitted them to do so with the exception of studying the poneglyphs which details parts of the void century.

Despite the order, the archeologists of Ohara secretly tried to translate the writings of the poneglyph hidden in the basement of a huge tree serving as a library for all the knowledge they have collected so far.

Nico Olivia, Robin’s mother left the island together with six other archeologists and went on a journey of studying the void century. Six years later, their expedition was caught by the marines resulting to the death of all their crew except Olivia.

When the marines learned that they are from Ohara, the World Government ordered a buster call to erase the island from the map. Nico Robin only survived due to the mercy of Kuzan who was then a vice admiral.

The world government is always threatened with people who might discover the void century. Because of this, they put a 77 Million bounty to an eight year old Nico Robin and falsely accused her of sinking several marine ships.

This only gets us thinking that exposing the void century might expose the World Government of whatever fraudulent acts they accomplished to create the One Piece world we know today. With that said, why would the World Government be interested in Wano and the coming war? Simple.

The poneglyphs were made in Wano. We learned this during Zuo arch when Nekomamushi and Inurashi showed the Strawhat-Heart pirates alliance the road poneglyph under their protection, and explained their affiliation to the Kozuki family.

In chapter 908 of the manga, the 5 Elders even considered Alabasta as a traitor since the Nefetari Dynasty decided to remain in the ‘lower realm’ as they call it. The Nefetari family were among the ‘First 20’ dynasties to create the World Government we know today.

Meaning Vivi and his father are supposed to be celestial dragons. Vivi’s ancestor may have refused to join the celestial dragons since they are harboring a poneglyph themselves and this make the 5 Elders think that they are traitors.

Another possible reason for the World Government to attack Wano is Luffy, and I suppose so as all the pirates in the island most especially Kaido and Big Mom. In chapter 906 we saw a mysterious character holding Luffy’s wanted poster in what seems to be a huge freezer with a giant straw hat. In chapter 908, we learned that the mysterious character is the one who sits on the throne above the 5 Elders and is called Im-sama. Just before the Revirie starts the five Elders came to Im-sama asking who he wants to erase from history this time.

Prior to that we again saw Luffy’s wanted poster together with other torn wanted posters showing Blackbeard and a photo of Shirahoshi stabbed with a sword.

Many fans believe that the target would be Shirahoshi since her photo is the one on top. But with the recent events we saw in chapter 954, Wano country would be the best target for the marines, since they would be hitting multiple targets at the same time.

Also, Oda announced that the war of Wano will make the paramount war look cute. I’m pretty sure the term ‘cute’ used by Oda does not only refer to the intensity of the battle but to the number of course. Currently, the numbers of forces from the parties at Wano does not yet rival that of the numbers in paramount war in Marinefold, so we should expect more including the marines.

NOTE: For more One Piece-related stories, readers may route here. 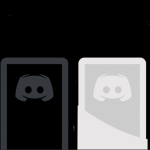 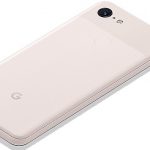