One Piece chapter 955: Will Marco finally join the war at Wano? After the Pirate-Samurai-Ninja-Mink alliance formation in Zou, the group divided themselves on different missions. Part of the Luffy, Nami, Brook Chopper, together with Pedro, Pekoms and Carrot went to Whole Cake Island to bring back Sanji, while the rest of the Strawhats sailed for Zou with Kinemon and the rest.

Nekomamushi however, had a different destination. He headed to Marco to try and recruit him to join the war.

We learned in Zuo arc that the two main protectors of the Island, Nekomamushi and Inurashi were once employed in the Roger pirates and Whitebeard pirates. So its no surprise that Nekomamushi would know Marco and his whereabouts. Marco is staying at the moment at Sphinx Island, Whitebeard’s home island.

Even as a pirate, Whitebeard continued to protect the Island and even sends them his share of whatever treasure his pirate group got hold of. Marco, being the former 1st division commander of the Whitebeard Pirates and the closest confidant to Whitebeard, took it upon himself to protect Sphinx island in lieu of Whitebeard.

Using his medical knowledge and skills, and his devil fruit powers, he currently acts as the physician of the island.

Nekomamushi approached Marco and told him about their plans of retaking Wano from Kaido. Marco refused to join however, saying he had to stay to protect Sphinx island, it being his last memorial of his captain, Whitebeard. Marco is on the look out after several threats that may invade the island.

After Whitebeard’s death, Blackbeard took over the islands under the protection of the Whitebeard pirates and declared them as his own territory. Marco thinks that its only a matter of time before Blackbeard head over to Sphinx to overtake the island.

Another threat is the self-proclaimed only biological son of Whitebeard, Edward Weevil. After his proclamation and several display of strength, the world government commissioned him as one of the new Warlords of the sea.

Believing he is the heir of Whitebeard, he may be influenced by his mother Miss Bakkin to go to Sphinx island after Whitebeard’s treasure. This was mentioned by Marco in his conversation with Nekomamushi as some of the reasons he can’t leave the island.

Marco is pretty much firm with his decision to decline Nekomamushi’s invitation to take on Kaido in Wano. However, some recent events may change his mind. Some fan theories suggest that Blackbeard and his crew may go to Wano and this would be Marco’s reason for joining in. This theory seem far-fetched though as there is no known reason why Blackbeard would be interested in the country of Wano. Blackbeard is known for vulturing weakened enemies but only if he has something to gain out of it. Instead of Wano, we might actually see him in Whole Cake Island.

So what could be Marco’s reason for joining the impending war? Due to the recent formation of the Emperors Kaido-Big Mom alliance, we might see a change of heart in Marco. Marco does not seem to have much concern about Wano, so what could be his motivation for helping? Its Luffy! Let me site some reasons why.

Although not by blood, Luffy is a dear brother to Ace, who was the 2nd division commander of the Whitebeard Pirates. Marco was the first to welcome Ace in their pirate group, and being co-commander, they formed a bond as strong as brotherhood.

This was evident when we saw Marco willing to put his life on the line along with his crewmates to save Ace from execution. With Ace’s death, the next thing he wanted to protect was the person dearest to Ace, Luffy.

Another reason could be Whitebeard. When Luffy arrived at the paramount war in Marinefold, he challenged Whitebeard saying he will be the one to save Ace. Something about Luffy must have moved Whitebeard that he instructs Marco specifically that they cannot let Luffy die.

But why is that? And why was the charge given directly to Marco? Was it only because Luffy is the sworn brother of Ace? Maybe not quite. My speculation is Whitebeard might have seen Roger in him, as did other pirates who had close association with the Pirate King.

In Whitebeard’s backstory, we learned that aside from being rivals, he was also a close friend to Gol D. Roger. Roger even told him an ancient secret about the ‘Will of D’. I believe that in their conversations, Roger told Whitebeard about the person who will continue his legacy.

I think Whitebeard saw that person in Luffy. Whitebeard must have been waiting for that person Roger told him about that’s why he never claimed the title of a Pirate King. And somehow he must have known it was Luffy. Marco, being Whitebeard’s vice captain, and his closest subordinate, Whitebeard must have shared with him the secret to the ‘Will of D’ and the person Roger is waiting for to fulfill his destiny. I believe Marco realized that it was Luffy after all, as his captain was willing to sacrifice himself to save Luffy and his generation.

With that said, Marco will now have a strong motivation for helping Luffy when he learns about his fateful confrontation with two Emperors. Marco continues to protect what is dear to Whitebeard and I believe he will continue to follow his captain’s last order to keep Luffy alive, and we might see this happening sooner than we think. 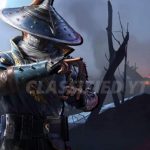