Samsung Galaxy J devices were the company’s best-selling series of smartphones, accounting for even more unit sales than the flagship Galaxy S and Note families. This was primarily because of their affordable price tags and the value they offered at such prices.

However, with the arrival of the likes of Xiaomi (Redmi), Oppo (Realme), Asus, and Nokia, and Samsung was forced to rethink its strategy in the budget smartphone segment in order to recapture its stolen glory.

This change necessitated a shift from the Galaxy J naming scheme to a new Galaxy A series, ushering in the likes of Samsung Galaxy A10, Galaxy A30, Galaxy A50 and even the Galaxy A90 5G that came out a few days ago.

These devices have a great combination of premium designs and top-notch features yet they still command attractive prices, just like the Galaxy J series or perhaps even better. By design, the new Galaxy A devices are now ahead in the pecking order compared to existing J series.

Still, Samsung hasn’t completely forgotten about the devices that shone back in the day like the Galaxy J5 Pro aka Galaxy J5 2017. The device is now receiving the update to Android 9 Pie in more regions across the globe.

The first Galaxy J5 Pro Pie update arrived late last month, but it was limited to a few markets. It arrived as version J530FXXU5CSH7 in Poland, J530FXWU5CSH7 in UAE and J530FMXXU7CSH8 in Russia. All three updates tagged along August security patches.

As of this writing, the Galaxy J5 Pro is now receiving the same Pie update in more regions, mostly South American countries. Besides Brazil, the OTA is also live in Colombia and Panama as version J530GUBU6CSH5 and Chile as version J530GMUBU6CSH5.

The fact that the Galaxy J5 Pro is also sold as the Galaxy J5 2017 with a slightly different model number means the update to Android Pie won’t be available to all models at once. Also, OTA updates are usually rolled out gradually and based on regions.

So, if the Pie OTA download notification hasn’t arrived on your end, stick around – it’ll be there sooner than later.

It’s worth noting that the incoming Galaxy J5 Pro Pie update is the second and last major OS this device ever gets, at least officially. For obvious reasons, the ROM weighs over 1GB, so be sure to connect to a stable Wi-Fi network to download the new OS. 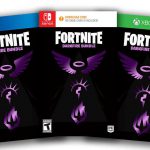