Xiaomi has a love-hate relationship with Android updates. Keeping aside the MIUI feature backports and different numbering scheme, they often stumble on issues while performing an upgrade on the underlying Android layer, e.g. from Nougat to Oreo.

Not only the entry level devices, but Xiaomi’s flagships are also victimized of this practice. Owners of both Mi 6 and Mi MIX 2 recently experienced the pull-back-then-re-release drama with the stable Android Pie update.

Perhaps the most disastrous situation is going with Redmi 6/6A users. The lower tier Redmi phones from 2018 were launched with Android Oreo, but both were selected for internal testing of Pie update pretty quickly.

Both Redmi 6A and Redmi 6 received Android Pie based weekly beta builds in China during the first week of July. The stable channel got the same love around a month later, followed by full-fledged global rollout. Well, Xiaomi packed a nice surprise.

First of all, they did not update their official download portal with the Pie based MIUI build. In fact, the update (MIUI 10.4.1.0) got vanished after the initial roll out phase. Turned out, Xiaomi pulled them back for undisclosed reasons and released August patches with a new set of Oreo based software updates.

The whole situation is a mess for end users, as there is no easy way for them to go back to the semi-baked Pie build from Oreo based MIUI. The Chinese OEM has not issued any official statement so far about the whole withdrawal saga.

Readers may find it real fascinating, as the phone duo is now getting August security patches in China via another Pie based OTA. We are not sure whether Xiaomi will push the same for international users or not, but I would suggest to wait a bit and gather user feedback regarding the stability of these builds. As always, you can find the download links of the full update packages in the following section. Don’t flash them right away, as the little excitement may bring further damage on your Redmi 6A/6. 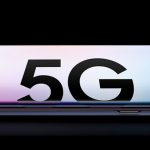