Coto Movies, which we listed as a ShowBox alternative after the latter stopped working in December, is experiencing issues. The problem is serious as it doesn’t allow users to access the app at all.

A new update (CotoMovies 2.3.0) that was recently rolled out seems to be the root of the problem as the update notification doesn’t go away even after updating the app.

@cotomovies asking me to update every time I open the app even after ive updated. Downloaded the app 7 times. Won’t let me past the “Coto movies update”. When I push “OK” it downloads the update again. Please help. Using an android tv box. Was working 10 min ago

The official CotoMovies account seems to be active, but hasn’t specifically responded to complaints regarding this problem. It’s possible they are aware and fixing the issue internally.

Anyway, we are keeping a close tab and will update this story as soon as we have more information on matter. Until then, use the comments section below to let us know your thoughts on the ongoing issue and the Coto Movies service in general.

Someone has shared a workaround for this ongoing Coto Movies problem:

annoying work around if you click anything on the homepage after making the pop up go away it'll work pic.twitter.com/hAh5Wc1UqS

Let us know if this works for you.

The Cotomovies app has stopped working for many users:

@cotomovies app stopped working so deleted and tried to reinstall as usual however now it won’t download on any device fails every time? Is there an issue

What has now come to our notice is that Apple’s revoke have not only struck the third party app stores namely TweakBox, TutuApp, AppValley and Ignition app, but Coto Movies too.

From what we can see, just when the above mentioned mobile app installers got revoked (April 06 reportedly), at the same time only Coto Movies was also revoked. But only on iOS devices as confirmed by team CotoMvies on Twitter.

Soon after the first revoke, the concerned team got to fixing the glitch.

While they updated users that the issue has been resolved

Users kept complaining the app can be downloaded but won’t open on their iOS devices. While complains were proliferating, the app got revoked once again.

And right after the team fixed it, it was revoked for the third time.

According to @CotoMovies’ latest tweet, the app has yet again been revoked. But looks like there’s a typo in the tweet as they mentioned #Android in place of #iOS.

Even user comments following @CotoMovies’ last tweet clarify the app is not working on iOS specifically. No such issues have been reported on Android.

In the meantime, we are continuously tracking all development on the matter and will update the story as and when anything new comes to our notice. So keep a tab of this space.

CotoMovies has updated iOS users that they are working on fixing things up.

At first it looked like the problem has been resolved as CotoMovies recently asked iOS users to uninstall and re-install the app.

But going by users comments following CotoMovies’ message, the iOS app is crashing even after re-installing.

Meanwhile, a few users have mentioned a workaround. They say enabling the Airplane mode before opening the app does the trick.

Another user suggests something similar:

Please upvote so people know if you download the app and trust it then it’s going to boot you when you try to open it however if you turn airplane mode on and Wi-Fi off then open the app and once it connects turn them back on you will be let in!

CotoMovies has spoken about the app crashes on iOS devices. Here’s what they suggest users to do while they fix things up:

Not only Tweakbox, but Cotomovies apps have also been revoked. The last message from team Cotomovies on Twitters says:

REVOKED! We are working on it

And sadly, no further development has been shared by the developer since then.

While the previous revoke issue was fixed in a timely fashion, sad news now is Cotomovies is again facing the same problem. See here.

Looks like CotoMovies has shut down. Users seemingly got a notification regarding this. Cotomovies’ Twitter account has also been suspended. We are currently gathering more info, and will be updating this story with latest developments.

User information has been exposed by developers of CotoMovies, which could mean legal trouble for some. Complete story here. 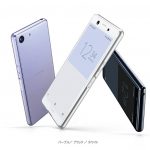