This story is being continuously updated with recent developments on the matter. Scroll down for latest updates.

TweakBox, as some of you may already know is a popular third-party mobile app installer and jailbreak alternative for iOS devices that allows users to download apps that aren’t otherwise officially available on the App Store.

Here are some of the recent complaints form the endless string of reports on Twitter:

And here’s how some of the complainants word the problem behavior on the online discussion platform Reddit:

BTW TweakBox is not the only one plagued here, as the AppValley and Tutu app installer are also not working. Take a look at some of the recent reports from TutuApp users:

And from AppValley users:

[Meta] All Services (Tweakbox, Tutu, Appvalley, Ignition) have been revoked from sideloaded

Sadly, this glitchy behavior is not being chimed for the first time. Rather, a couple of months back also we highlighted the similar issue.

What about the fix?

As for the latest development on the matter, it’s appeasing that both TweakBox and Tutu app teams are working on fixing this. Tutu app has been actively informing users through their official Twitter account about the updates on the matter. Firstly, they said

Apps in TutuApp are signing one by one, please be patient and wait us resign all of them. We are still working on it. Please be patient.💕 pic.twitter.com/rhD93xdZNc

Soon after, they added:

Revoked again and again? We are fixing for a few hours and we need more time to fix it. Sorry for the inconvenience

Revoked again and again😭
We are fixing for a few hours and we need more time to fix it.
Sorry for the inconvenience. pic.twitter.com/DIqXlsdK5G

A few hours back they again updated the users saying:

Hey. Tutu has always been there.? Please be patient.? We are still fixing it.?

Hey. Tutu has always been there.🐰
Please be patient.💗
We are still fixing it.💪

So a fix is still to come.

On the other hand TweakBox has been managing to revive from the back to back revoke strikes in the past couple of days. The first one came day before yesterday

And was fixed immediately.

But they were revoked again

The second revoke was again fixed in a days time.

But, TweakBox was subsequently revoked once again for the third time.

Well, what’s coming to light is that TweakBox has managed to fix this one too. But apparently, they aren’t sure for how long will it last.

AppValley is also trying hard to get things working again. Following is the back to back revoke and fix series of event shared by @AppValley_vip.

Apps are revoked by Apple. We are fixing them now. It will take some time. 😢

Dude be patient. We are doing all this manually now. It will take some time. 😓

Almost done. If you find some apps are unable to install, it’s because they are not updated on our CDN yet. We will make it faster next time. Sorry 😐 Make sure you are downloading from https://t.co/cBIcZ2sp3D ♥️ #AppValley

But soon after things appeared to be getting back on track, AppValley was revoked again

Sorry guys. Our new certificate got revoked in like 30 minutes. So fixing might take longer. Stay tuned. 🙏

Following which came another fix and yet another revoke.

Almost fixed. If you find some apps unable to install. You may have to try them later. Thanks

That’s the old app. Don’t worry we will fix it soon. You can also install our current version from https://t.co/cBIcZ2sp3D but all the apps are revoked and we are still trying to fix them. Sorry.

Sorry but we need more time to fix this.

Sorry but it seems that Apple revoked ALL the certificates out there so we need more time to find one. It actually happened before but don’t worry we will fix this as soon as we got a new certificate. I’m sure they are busy as well. Thank you for your support.

While TweakBox has fixed the glitch at least for the time being (unless Apple revokes them again), and AppValley is trying hard, no such development has been reported by TutuApp yet.

We hope both TutuApp and AppValley do the needful to fix things up quickly. Rest assured, we are keeping a tab on the related developments and will update the story as and when required.

Meanwhile, if you are you also facing the issue discussed here, drop a comment and let us know.

Soon after there showed up some hope for TutuApp users

The app went down again, consequent to which @TutuApp_vip once again repeated their last statement.

Again, again and again😤
Tutu has always been there.🐰
Please be patient.💗

Looks like the revoke problem is here to stay as TweakBox is down again. Here’s how they updated their users a couple of hours back:

Yep. Died again. As stated, we have been 24/7 for 3 days on this, and will continue, don’t think we are going to let you down. We are here for you.

Reportedly, the problem has once again been resolved for AppValley.

Aaaand AppValley is down once again.

We are very sorry for having troubled you so much from the last three days. And don’t worry we will fix the apps as fast as we can, please be patient. Thank you for all your support and have a nice day. 🙏 #AppValley

Just like AppValley, TweakBox is also vocal about working continuously to resolve the issue in question and not letting their users down. Here’s what they shared lately:

Ignition App is also currently facing the revoke issues just like TweakBox, AppValley and TutuApp. They recently said they are working with TweakBox and AppValley to resolve the same.

IgnitionApp is now asking the users about their preference (alphabetical or demand) for the apps to be signed.

And here are the top apps they revealed

AppValley just informed users that they’ll need more time to get the apps back into action.

Sorry we still need more time to fix the apps. I think I might have a revoke phobia now. 😰

Signed and revoked before 30 apps even got signed. Don’t worry though, we’re working on it!

But, for some reason, they appear to have taken down the tweet in question. Thankfully, we were swift enough to grab a screenshot of the tweet before it was deleted.

TutuApp just updated their users that they are working on fixing things up.

We are still fixing. Sorry for the inconvenience

Ignition recently shared they are working on signing the apps one by one.

Amid their efforts to fix things up TweakBox just tweeted:

Looks like Spotify is next as TweakBox just tweeted

Not all apps. But you need your music right?

Aaaaand TutuApp and Ignition have been revoked once again.

We are fixing now. Sorry for the inconvenience

Yet another status update by AppValley, but nothing new to say. They are still working to fix the apps.

Good news. Spotify++ is back for TweakBox users.

Ignition app has been revoked again.

And they are once again asking users not to panic.

Trust me, we know we are revoked. Grey apps not installing also means we are revoked. We are on top of things. To help us get this fixed as soon as possible, please do not spam our DMs/feed asking if we are revoked or why apps won’t download. Help the community out too. Thanks!?

What has now come to our notice is that the revoke incidence struck CotoMovies app on iOS too. Head here for complete story.

Looks like TweakBox got revoked again as users say Spotify++ is not workings anymore.

I try to download spotify++ and it downloads with the tweakbox logo, goes all the way and then it’s just grey,I’ve tried reinstalling it but it still don’t work

Spotify ++ won’t download for me , I’ve deleted tweakbox and tried again but it won’t work and I’ve tried countless amounts of times

We’re working on being resigned. Hopefully not much longer.

TutuApp says they’ve found a fix for the problem and a more stable app is on way. Details here.

What exactly is Ignition app trying to convey?

TweakBox is now informing users that the app on iOS 12.2 is buggy and users should wait until Apple fixes the PWA glitch causing the issue.

TweakBox on iOS 12.2 is buggy. We recommend waiting until apple fixes issues with PWA (how tweakbox is built) as apple is making it better and better but tripping along its way.

Ignition app says they’ve found a solution to the problem.

Incoming is an update from AppValley team. They have found a way to fix things up.

We believe we found a stable way to provide you your favorite apps still for free. But it might require a little work on your end to get it. Does that sound good?

The app team has now informed users that the TutuApp alternative TutuApp Lite will get fixed in a time of about two weeks.

#TutuApp #iOS
More stable TutuApp Lite will be fixed in two weeks.
Please be patient!💗
Tutu love you all🐰 pic.twitter.com/WFmNKw6pHN

They also added that Spotify will be first app to receive the fix.

Spotify will be fixed first.

TweakBox brings in SideloadBox (an iPA library), a place where you can get all the latest tweaked apps and emulators. But it needs a Cydia Impactor for installing the apps.

SideloadBox is yet another service TweakBox is offering. Given the circumstances, and our goal to provide the apps you guys know and love, we think its a good idea. (SideloadBox does not slow down TweakBox development 😉 )

Oops. Looks like SideloadBox has already had a rough start. If you’re waiting for Spotify ++ to get fixed, try SideloadBox. That’s what TweakBox is suggesting their users. Here’s a tutorial on how to use SideloadBox.

SideloadBox(sideload.tweakboxapp.com) needs a computer yes, and Cydia Impactor. But it is not a jailbreak, your device is not getting “root”, it is just to install apps. (It is not cydia, its a tool for installing apps by the creator of cydia) Galaxy Buds low volume with Samsung Galaxy S10? Here’s what you should know 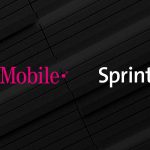