Owners of Samsung Galaxy A8+ 2018 are now receiving the latest Android security update for the month of August 2019. The update comes at a time when Google is set to begin rolling out the stable version of Android 10 with the September 2019 security patch on board.

Samsung has already pushed the August security updates to several handsets that include the Galaxy A8 2018, Galaxy S10, Galaxy M40 & Galaxy J6, Galaxy S8, and the Galaxy Note 10 and Note 10+, among others.

The Galaxy A8 Plus becomes the latest to join the party, with the update arriving as version A730FXXS6CSH6 and weighs 221.55MB, which implies that there’s more than just the usual monthly security patches in this update.

The OTA update is live for a several users in markets like India, Nepal, Bangladesh, and Sri Lanka, as evidenced below.

The incoming Galaxy A8+ update is based on Android 9 Pie. The device got Pie earlier this year as the second and last major OS upgrade having debuted with Android 7.1.1 Nougat. We expect some love from the custom ROM developer community at some point, but we cannot guarantee this.

Also receiving a new Android security update is the Galaxy A80. A device that came out this year with one of the most interesting designs featuring a rotating triple camera, the update isn’t the latest version available, but one from July 2019.

The Galaxy A80 update is arriving as version A805FXXU2ASH4 and weighs 182.95MB. Similar to the Galaxy A8+ update, the size of the A80 July security update suggests it also tags along some more stuff, most likely bug fixes and performance improvements.

Interestingly, the Galaxy A80 is receiving July security patches at a time when other lower-end devices are already running the latest security patches. This, in essence, is confirmation that you don’t need a more expensive device to be guaranteed timely software updates.

The devices in question are the Galaxy A20 and Galaxy A50 whose August updates came about two weeks ago. Even so, we wont be surprised if the A80 got another update with the new patch, but no guarantees here.

Both the Galaxy A8 Plus and Galaxy A80 are receiving their updates over the air and having just started rolling out, you may have to wait for several days before the OTA download notification arrives on your device. 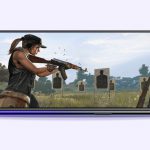