Apex Legends Season 2 was released on July 2, and it brought in some significant updates to the game including new legend Wattson. However, after the Season 2 update, an error named “Code: leaf” and “Code: net” started plaguing the game.

This error was so annoying that those who experienced it were not able to play the game properly. Apex Legends Community Manager, EA_David has defined the Code: leaf error and Code: net error in the following manner. Over the last two months, reports regarding code leaf and code net errors have kept proliferating on social platforms including Reddit and Twitter. The developers of Apex legends were aware of the issue and acknowledged this issue several times. On July 26, Respawn developer Jason Garza responded over the matter and stated the following:

“Started to get better telemetry that we believe will help us narrow down a fix for this issue.” 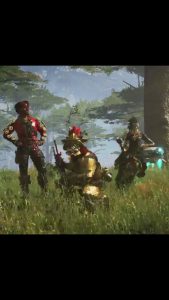 The developers also provided many workarounds, but it did not fix the issue for all players. However, finally, we have got some good news from the Respawn Entertainment developers. Developers have fixed the Code: net error and a fix for the Code: leaf error is also expected to arrive soon.

On the Apex Tracker, developer Garza confirmed the fixation of the Code: net error. Have a look at the post below.

“We have been deploying multiple server patches over the past few weeks, each one having big improvements.” Code: net is resolved, short of random crashes; however, we are continuing optimizing. Code : net error has been resolved, so it is very likely that developers will be looking to resolve the Code: leaf error now. We are keeping a close watch on this matter, as and when any fix for Code: leaf will arrive, we will update this column. For a quick refresher, Apex Legends was launched in February, and it is one of the best free-to-play battle royale games currently present in the market. The game was released without any official announcement. It only took eight hours for the game to reach one million player base and it reached to 50 million player base in just matter of a month. Apex Legends game is a bit different from Fortnite and PUBG, as it features characters with special abilities. Each character has its own special ability, and currently, there are ten playable characters in the game.

Next article Realme 2 & Realme C1 get another bug-fixing update