Here's a workaround for Apex Legends Code Leaf error, no fix yet Apex Legends is one of the best free-to-play battle royale games currently present in the market. The game rose to instant success with its silent release in February. It only took eight hours for the game to reach the 1 million player base and only a month to reach 50 million players.

The game quickly became popular, but it also received several criticisms from players for less frequent updates. But Respawn Entertainment made everyone happy by introducing new content with Apex Legends Season 2 which started on July 2.

But currently, Apex Legends players are feeling helpless as they are consistently encountering a Code Leaf error. But what exactly is this leaf code error?

Reddit user ‘Atomic1221’ explained this leaf code error comprehensively in the following words: “Leaf is just the same error we got before when it would try and connect us to the match, but match would get full, and it would get stuck on a loop, and eventually reset pre-patch.”

“Now, instead of this long loop, it is throwing us out to the home screen. My guess code leaf’s name has to do with the leaf falling from the tree too soon or some shit poetic=> Code Leaf: Your connection has been dropped due to the server being full.” Players have been infuriated by the issue as they can’t enjoy the game and have come forward on Reddit and Twitter to express their concerns. Reddit user ‘u/Z00L22′ has posted this issue over Reddit. Have a look at his post and the players’ response to the same. Apex Legends Official forum has also been flooded with Code Leaf errors, and fans are waiting for the developers to provide a fix for this irritating issue.Many players are stating that Respawn Entertainment should add this issue to their top priority list and fix it at the earliest. However, EA Community Manager ‘EA_Blueberry’ has stated that the team is actively pursing to fix this issue. He also shared a workaround which may help in reducing the amount of times it occurs or resolves it completely for you.

Rest assured; we are keeping a close watch on this issue, and we will update it here as soon as any fix hits the floor, so keep checking our feeds to stay updated.

PiunikaWeb is a unique initiative that mainly focuses on investigative journalism. This means we do a lot of hard work to come up with news stories that are either ‘exclusive,’ ‘breaking,’ or ‘curated’ in nature. Perhaps that’s the reason our work has been picked by the likes of Forbes, Foxnews, Gizmodo, TechCrunch, Engadget, The Verge, Macrumors, and more. Do take a tour of our website to get a feel of our work. And if you like what we do, stay connected with us on Twitter (@PiunikaWeb) and other social media channels toreceive timely updates on stories we publish. [Arrives in India] Didn't get Digital Wellbeing update for Asus ZenFone Max Pro M2? Here's what we know so far 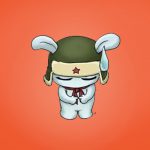