Ask any diehard iPhone user the things that keep them loyal to Apple’s ecosystem and high on the list will be iMessage. Besides availability across multiple Apple platforms, the iMessage app is rich with some of the features that make Facebook Messenger, WhatsApp and co. such popular IMs.

For years, Android has lagged behind when it comes to having an “iMessage” of its own. At some point, it was even rumored that Apple would release iMessage for Android, but to date, this hasn’t happened yet.

Matter of fact, we don’t think the iMessage for Android thing will ever materialize due to the nature of how the app works in Apple’s ecosystem, but we do know that the Android texting experience is about to change for the better thanks to RCS.

Texting changed the way we communicate, but it’s out of date. Today we want messaging that lets us do things like share high-res photos and larger files, chat with a group, know when messages are read, or make video calls. Rich Communication Services (RCS) makes all this possible, and now the mobile industry is coming together to bring it to users everywhere.
Source

Sure, RCS won’t suddenly turn Google’s Android Messages app into iMessage. But given the many features this messaging standard is about to add to the SMS app, it’s definitely a good step going forward.

As always, Android fragmentation has been the major stumbling block in implementing RCS. Most smartphone vendors ship their devices with a pre-installed SMS app, with each one adopting a different approach to text messaging.

However, things changed recently when it emerged that Google is taking control of RCS implementation on Android. Since then, we’ve seen RCS support arrive on the Google Pixels in various markets courtesy of the Messages app and apparently, Verizon Wireless users are next in line.

The Big Red has already rolled out RCS support to the Galaxy S9 and S9+. The two were the first non-Google phones to get the feature on Verizon and at the time, the carrier promised to avail RCS messaging to more devices.

As of this writing, it appears that users of all variants of Samsung Galaxy S10 on the carrier are in line to receive RCS support. Some say the feature has been on and off, which could mean Verizon is still testing it.

Not only has RCS support been spotted on the Galaxy S10 handsets, but also the Galaxy Note 10 and Galaxy Note 9 sets as well, but like everyone else, the feature seems to be on and off. Also, some users say it’s only appearing in the beta version of the Messages app.

It’s been happening off and on to me on both my S10+ and Note 10+. I wish they would fully roll it out already. I don’t know if it’s a glitch or if it’s just in the works.
Source

Other than the promise of rolling out RCS support to other devices in future, we don’t have any other confirmation that Verizon is actually rolling out Chat services to the Galaxy Note 10 and co. But for sure, what else do we need to see to verify that RCS is coming soon to these devices?

We will follow this development closely and update this post with any fresh news regarding the official availability of RCS on Verizon’s Samsung Galaxy Note 10, Note 9, S10 and so on.

AT&T, Sprint, T-Mobile and Verizon Wireless have all agree to introduce RCS messaging on all of their devices in 2020. This will be made possible thanks to a joint venture formed by the four carriers dubbed the Cross Carrier Messaging Initiative (CCMI).

One of CCMI’s tasks is to develop a messaging app that will be used by the four carriers to offer inter-carrier RCS messaging services to all subscribers. For more on this, check out the press release here.

According to recent reports, Verzion appears to have finally enabled Advanced Messaging (RCS) features on its Galaxy Note 10 devices. Head here for more details on the matter. 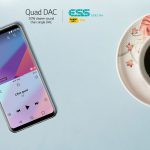 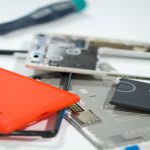