After the inaugural of LG V10 and its immediate successor LG V20, the LG V30 became the first in the V series to ditch the secondary display screen that lived just above the main display screen.

There is no doubt the secondary screen on the V10 and V20 was a cool addition, but it didn’t age well considering it was ditched after just two attempts. The screen performed a similar task as today’s Always On Display (AOD), where users could take a quick glance at things like date, time, etc.

With AOD, LG no longer needed a secondary screen on the LG V30 for a similar purpose. The fact that the company switched to an OLED panel also played a huge part in this change. But as we are about to find out, none of these matters when it comes to timely software updates.

Make no mistake, the fact that LG V30 is a flagship device means it should be receiving timely software updates. However, we all know the device has been around for about two years now, having watched the V30S ThinQ, V35 ThinQ, V40 ThinQ, and V50 ThinQ come after it.

Granted, it was never going to be LG’s favorite at this point in time, but this doesn’t mean owners of the LG V30 are now on their own. In fact, the device has been making headlines with respect to Android 9 Pie updates in Europe and Australia in recent times.

After the OS started rolling out in these regions, some bugs were supposedly discovered in the firmware that forced LG to pull the update, both the OTA and from LG Bridge. So far, the rollout hasn’t resumed, but it should, once the bugs have been addressed.

In between these happenings, signs of T-Mobiles LG V30 Android Pie update popped up online courtesy of the Pie kernel source code, but until now, the Magenta carrier hasn’t released the update to the device. If it makes you feel better, other U.S. carriers haven’t either.

As you wait for the Pie update on your LG V30, for those using a variant with either model number V300S or V300L, a new update is available with the latest August 2019 security patches. The translated changelog also says the update optimizes memory to prevent app restarts/slowdowns.

While the Pie-based software arriving on the Korean variants is definitely a welcome update, it seems it also tags along a Google Calendar bug. Apparently, some users say the update resets the default Calendar reading to 1970, which is kinda weird. Also, others say the app is crashing.

After last os update when I try to open google calendar it crashes instantly. Tried reinstalling but no luck there. Anyone else experiences this problem?
Source

August Security Update(V300S30F) Bug lol calender default to 1970?! How can they screwed up a calender app💁 from lgv30

Meanwhile, those using the LG V30 on Sprint can only make do with July 2019 security patches for now. The update weighs 198.5MB, which implies that it bundles the usual bug fixes and performance improvements.

Although still no Pie for Sprint users, it’s refreshing to see the device receiving July security patch at a time when T-Mobile users are still stuck on March 2019 patches.

NOTE: You can check out more LG-related coverage here. 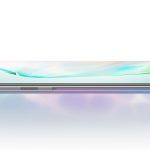