Asus ZenFone 6 aka Asus 6Z may be hands-down one of the most innovative smartphone designs out there, but the phone, like many others, is still not quite the finished article. But for a phone of its price, we can surely live with some of the device’s shortcomings.

To be fair, though, there aren’t many things Asus got all wrong with the ZenFone 6. The phone gets most of the basic stuff right and even goes beyond the basic by including things like stereo speakers, reverse wired charging, a motorized flip-up camera, a big 5000mAh battery, and so on.

What has proven to be a thorn in the foot of Asus 6Z owners occasionally stems from the software side of things. Sure, the Taiwanese company does a great job flooding the device with update after another, but some of them usually end up causing more harm than good.

For instance, just this month, Asus pushed an update that caused crash/reboot issues to the ZenFone 6, leaving some units with damaged motherboards and hence forcing the company to recommend that affected users visit a service center for a replacement unit.

But bad experiences haven’t been a mainstay in all Asus 6Z software updates. Some updates bring greatness and this is what many live for. Just last week, for instance, the ZenFone 6 received an update that bumped the security patch level to the latest version available – August 2019.

As part of the update, the ZenFone 6 also got some improvements to sound quality and video tuning, among other stuff. However, it seems the company wasn’t done with optimizing the performance of the device.

As noted, Asus ZenFone 6 got updated to the latest August security patch just last week. With that in mind, the incoming update doesn’t improve the patch level, but it disables 6 Indian languages and improves general system stability of your handset.

Being an OTA update, it may take a few days before all ZenFone 6/Asus 6Z units receive the download notification, so keep your cool as you wait for the new software to arrive.

Meanwhile, Asus has also acknowledged the OTG issue that has been affecting the ZenFone 6 for quite some time now. Apparently, some users say the device won’t simultaneously recognize external storage connected through OTG and another inside the phone for seamless transfer of files.

On the brighter side, a fix is coming soon via a software update, but a timeline of when this update will arrive hasn’t been revealed so far.

We will keep an eye on this development and update you when the OTG bug fixing update arrives. 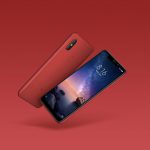 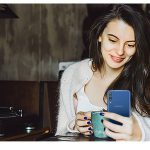