We’ve known for a while that the Vivo NEX 3 5G is one of several smartphones that will be joining the Galaxy S10 5G, OnePlus 7 Pro 5G, LG V50 ThinQ, Galaxy Note 10+ 5G, and others on the brief list of devices that support the future network that is 5G.

Earlier this month, China Unicom revealed a list of 5G smartphones that would be available for purchase this September and among them was the Vivo NEX 5G. While there was no mention of the NEX 3 in this case, it didn’t require rocket science to know it was the device in question.

It has also been revealed that the Vivo NEX 3 5G will sport a waterfall screen, a new design that sees the curved edges of the screen stretch beyond what we are used to see on the likes of Samsung Galaxy S10, Huawei P30 Pro and so forth.

According to some leaked images of the said design, the screen-to-body ratio of the waterfall screen will be “over 100%.”

Now, according to fresh reports, the waterfall screen that’ll be used on the Vivo NEX 3 5G is made by Samsung Display. The company hasn’t confirmed this, but it has just hinted at this by commenting on a NEX 3 teaser published by Vivo on China’s microblogging platform, Weibo.

Vivo preheats the NEX 3 waterfall screen phone, and interestingly, Samsung Display comments on this Weibo, which means that the NEX 3 will use a Samsung screen. Samsung mobile phones are secretly crying in the bathroom.
Source Samsung Display wouldn’t be out there admiring the Vivo NEX 3 display screen if it wasn’t one of theirs. It’s just how these companies work, but we should be able to find out these details pretty soon given that Vivo NEX 3 5G should be available to buy in China beginning next month.

Samsung has been doing curved screens for years now. First was the Galaxy Note Edge that featured a single curved edge and later the Galaxy S6 Edge and S6 Edge+ came in with a dual-edge screen. The Galaxy S7 Edge got a similar but more refined design but things changed drastically with the S8.

The Galaxy S8 and S8+ were the first from Samsung to ditch the hardware buttons and instead use software navigation keys. The fingerprint scanner moved to the back and thus creating more room for the screen to grow taller. With the S9 and S10, the top and bottom bezels shrunk even further.

Now that flagship phones hardly have any bezels, the next-generation waterfall screen is stretching the curved edges even further, making them nearly perpendicular to the back panel when the phone is resting on a flat surface. While the Vivo NEX 3 5G seems destined to be the first to use the Samsung-made waterfall screen, it remains to be seen when Samsung will use one of those on its handsets. Perhaps the Galaxy S11 will be the one to debut this tech, but we can’t say for sure. Only time will tell.

NOTE: You can check out more Vivo-related coverage here. 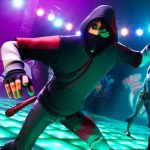