Besides calling them ‘Lite’ or ‘Mini’, Asian smartphones makers have a cute naming convention for the trimmed down flagships. Given the fact that the youths are the primary target market for these phones, then tag them as ‘Y’ or ‘Youth’ edition.

Mi 8 Lite aka Mi 8 Youth, Lenovo Z6 Youth – well, you should get the vibe. OPPO is another OEM to embrace the trend, as they released a slightly altered variation of OPPO F7 as OPPO F7 Youth back in 2018.

While both phones are powered by the same MediaTek MT6771 aka Helio P60 chipset, F7 Youth does not sport a notch. Moreover, the rear camera (13 MP) and selfie camera (8 MP) in the Youth edition is significantly inferior than the regular F7 (16 MP/25 MP).

Looks familiar? The internal codename of F7 Youth is CPH1859, which is also shared by Realme 1. Matter of fact, the debutant phone of Realme was modeled after OPPO F7 Youth.

However, OPPO failed to provide stable Android Pie update for this phone despite Realme already released ColorOS 6 based Pie OTA for Realme 1 during the last week of June. F7 Youth owners are stuck with April security patch coupled with Oreo flavored ColorOS 5.2, but things are gradually changing. OPPO Indian shared the above roadmap a few days ago. Among other phones, OPPO F7 Youth is also scheduled to get the trial version of ColorOS 6 by September. Due to limited intake capacity, you may get errors like ‘quota full’ while signing up for the trial. In that case, retry after a while. “Visual”
· Redesigned the UI to fit the screen without the bezel. Empty spaces and color gradations are carefully controlled to interpret aesthetics, elegance and youth.

“System”
· Adding a button to hide notifications is not important with just one tap
· Adds swipe gestures on both sides for backward, allowing easier navigation
· Adds a special “Don’t Disturb” scenario. Various timescales can be set according to the scenario.

“Tool”
· Calculator: Results for each step are displayed immediately.

“Communication”
· Add blocking rules: Block calls and messages from numbers with certain prefixes.
· Add flash for calls: The flash blinks when there is an incoming call when the screen is locked or turned off. Ahead of MIUI 11 release, Xiaomi plans to retire MIUI 10 China beta on August 30 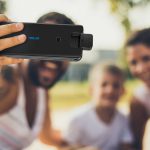