Oppo subsidiary Realme is focusing on releasing the company’s latest customized skin ColorOS 6 (based on Android 9.0 Pie) to older devices. Recently, Realme 2 Pro got to taste ColorOS 6. And in no time, ColorOS 6 beta testing also began on other Realme devices like Realme 2, C1, U1 and 1.

And recently it was bumped to ColorOS 6. But the initially rolled out update (CPH1861EX_11_A.35) was more like a soak test as only select devices got the patch. But now the company has begun a wider roll out of the same. The confirmation regarding this comes from Realme India support on Twitter.

The stable update of ColorOS 6 along with Andriod Pie for realme 1 is in a staged rollout process and it will soon be reaching to all the devices.

Considering the staged rollout has been initiated, the update will land on all Realme1 units in the coming days.

Moving on, as is the usually the case, soon after beta is rolled out, users get eager to know ho long it would take for the stable update to come. Going by a recent statement from Realme India CEO Madhav Sheth, it take approximately 20 days to test the beta build. After that, the company pushes the stable version.

Going by that logic, Realme U1, ColorOS 6 beta testing on which began in the first week of June should also be receiving the stable update now. Realme U1 is the spiritual successor to the original Realme 1. It if fueled by The MediaTek Helio P70 SoC and comes with Android Oreo and ColorOS 5.2.

Going by the latest information coming from Realme India support, the staged rollout for stable Android Pie/ColorOS 6 has also been initiated for Realme U1 devices. Here’s what they say:

the stable update of ColorOS 6 along with Andriod Pie for realme U1 is in a staged rollout process and it will soon be reaching to all the devices.

In fact, some users on Realme community have also shared their Realme U1 has been upgraded to ColorOS 6. However, the build numbers shared by them are slightly different. Some say it’s RMX1831EX_11_A.09, while for others its RMX1831EX_11_A.10.

That’s why there is lack of clarity which build number is currently being circulated as stable ColorOS 6 on Realme U1. We are looking for more clarity and will update the story as and when we receive more info. BTW the information haven’t yet been updated on Realme’s official software page.

A Realme forum moderator announced today the official roll out of the Realme 1 Android Pie update. The company now says the Realme 1 ColorOs 6 based on Android Pie comes with version number CPH1859EX_11_A.37.

They say the update is already rolling out in phases, and more units should get it now. As for change-log, here’s what the moderator says:

The latest update brings ColorOS 6 features like new navigation gesture, app drawer, Riding Mode, Live Wallpaper and UI updates to the notification panel and AI board, among other things

For more info on this update, head here. 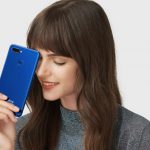 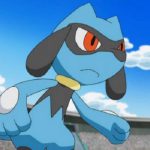