Niantic has announced the details of the upcoming Harry Potter Wizards Unite Fan Festival, which will be taking place in Indianapolis. The event is bringing dragons to the game for the first time.

Players will have to purchase tickets in order to attend the event. Tickets for the event can be purchased from an in-app link. Players who will attend the event will encounter a number of real-world landmarks and locations that are tied directly into the gameplay experience.

It was during the San Diego Comic-Con that news of dragons arrival was confirmed by Wizards Unite panel. The Adventure Sync feature was also announced during the event, which is yet to be included in the game. Dragons have been an intensive part of the Harry Potter franchise. We first saw the Dragon in the movie Harry Potter and the Goblet of Fire, where we saw Harry battling with a Horntail dragon as the first challenge of the competition.

Well, now dragons are coming to Wizards Unite game. As per the officially revealed information, four dragons will make their entry into the game on August 31 and September 1. The list of dragons which will be included in the game is mentioned below. Also, players will encounter these dragons as oddities. 2) Antipodean Opaleye – Antipodean has a multicoloured eye which looks really amazing, and it has a pearl-coloured body texture. They are one of the most beautiful dragons in the Harry Potter franchise. Antipodean is expected to spawn in New Zealand & Australia. 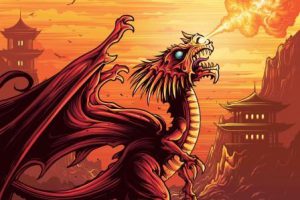 4) Peruvian Vipertooth – It is a copper-skinned dragon & reigns from Peru. Vipertooth usually grows up to 15ft. This Dragon is expected to spawn in the American region. During the event, attendees will have the chance to encounter all of them, but after the event, these Dragons will fly off to their respective regions around the world.

A series of Special Assignments will be available at the Fan Festival. Attendees will need to keep an eye on the Threat Clock throughout the day and be prepared to jump into action should the hands reach a state of emergency.

Wizards Unite Fan Festival will set up a magical theme throughout White River State Park in Indianapolis. Dragon and Acromantula Eggs will also be scattered around the park. 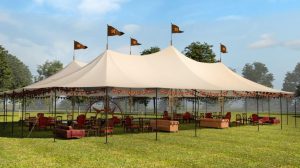 Landmark Flags will help players navigate around the park to find nearby Foundables, artefacts, creatures, and plenty more interactive activations. Global players will also be able to participate in the Wizards Unite Fan Festival, but details regarding the same will be announced later.