During the San Diego Comic-Con, it was announced that the game would be getting an Adventure Sync feature pretty soon. Adventure Sync is one of the most sought out features for the game.

The enabling of Adventure Sync will allow the game to track the Portmanteau distance even when the app is running in the background. Well, during the San Diego Comic-Con, one more inclusion for the game was announced. The panel at SDDC announced that Dragons would become part of the game during Wizards Unite Fan Festival, which will be held at the end of August.

Many fans will be curious to know which dragons will make their way into the game. Well, dragons & creatures are an intensive part of the Harry Potter franchise.

We have seen Harry battling a horntail dragon in the movie Goblet of Fire. In the Wizards Unite game, we will see the addition of four dragons, and they are expected to spawn regionally. When dragons add to the game, players will be able to encounter them as Oddities. Each dragon will be exclusive to a specific region & will only spawn at that location.

Four Dragons will be added to the game. The name of four dragons that will make entry to the game include Common Welsh Green, Antipodean Opaleye, Chinese Fireball, and Peruvian Vipertooth.

1) Common Welsh Green – This dragon has a grassy green appearance, and it is said to have a distinctive musical roar. Welsh green is expected to spawn in regions including Europe, the Middle East, Africa and India. 2) Antipodean Opaleye – Antipodean is a pearl colored dragon and has a multicolored eye. This dragon natively belongs to New Zealand. They are one of the most beautiful dragons in the Harry Potter franchise. Antipodean is expected to spawn in New Zealand & Australia. 3) Chinese Fireball – The dragon is also known as the Liondragon, and it reigns from mainland China. It features a brilliant red & golden skin & is capable of shooting fireballs from its nostrils. The dragon is expected to spawn in the Asian- Pacific region. 4) Peruvian Vipertooth – It is a copper-skinned dragon & reigns from Peru. Vipertooth usually grows up to 15ft. This dragon is expected to spawn in the American region. 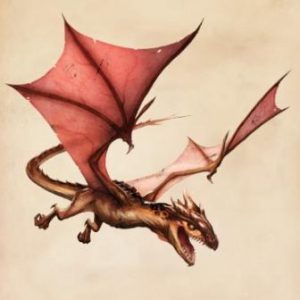 Firstly, dragons will become part of the Wizards Unite Fan Festival; then they will be made globally available under regional spawns.

Next article [Arrives on Google Fi] Motorola Moto G6 Play Android Pie (9.0) update rolling out in US for real this time