Besides the slow fingerprint unlock issue affecting the standard ZenFone 5 model, users of the handset have also lamented about the buggy app lock issues on multiple occasions. Apparently, the issue is affecting devices with both build number .102 and .105, the latter is the latest version.

I have a problem. My device very slowed down after the last update. Even when I open the phone it lagged and opening 3 seconds later. Then I have the program has stopped working error. When I open the program it is lagging. Please help me.
Source

Same here. Unlocking is so slow mostly when the fingerprint is used. The latest update is not good. I recommend not to update to this version.
Source

Usually, issues related to the fingerprint scanner can be fixed by deleting the biometric data stored on your device and then starting all over again with the setup process. But apparently, even this handy hack isn’t coming through for Asus ZenFone 5 users.

I already deleted my fingerprint and did it again, and yet the problem remains. You can no longer unlock apps using a fingerprint. No matter if the screen is on or off, fingerprint unlocking is horrible.
Source

Previous reports had indicated that only Asus ZenFone 5 Lite was suffering from poor sound quality issues after the latest round of software updates. But from the latest developments, those who have recently updated their ZenFone 5 (ZE620KL) models are also having sound issues.

It’s likely that the issue on poor sound quality when playing PUBG Mobile isn’t necessarily related to the ZenFone 5 software update. Not long ago, the developers of the game confirmed that they are working on sound improvements expected to begin rolling out this August 2019.

Nonetheless, digging a little deeper into the woes Asus ZenFone 5 users are going through after the latest software updates reveal even more problems affecting Bluetooth and GPS connectivity as well as facial recognition.

The fingerprint has become much slower. In the curtain, the 3rd firmware in a row already has buttons buggy. It is impossible to disable BT or GPS until you lower the curtain completely.
Source

After the last update,(8 August 2019) now ( firmware ww.16.0615.1907.105) the fingerprint sensor has started not working properly It also applies in face recognition.lock screen slowed. I mean the lock screen opens 2 seconds late. In the meantime, I restored it to the factory settings but the problem is still the same. please help.
Source

On the brighter side, Asus has acknowledged the fingerprint and app lock issues on multiple threads in the ZenTalk forums and further confirmed that they will be fixed with a future software update. As for when this update will be released, it remains to be seen.

Meanwhile, a couple of temporary fixes (screenshot above) have been proposed as you wait for the OTA update with the actual bug fixes. The problem with such solutions, though, is they don’t always work for everyone, so our hope is that Asus will release the bug-fixing update sooner than later.

As for the other bugs related to GPS, Bluetooth, poor sound quality and slow facial recognition, we also expect Asus will find a solution soon. However, whether the upcoming updates will include their fixes is still unknown. We should find out once the OTA begins rolling out.

NOTE: For more coverage on Asus-related stuff, be sure to head to this page. 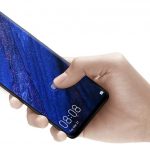