But apart from the official reveal, data miners try to stay one step ahead and leak out the details before the official announcements. Earlier, a website ‘fireden‘ leaked out details about Pokemon Sword and Shield.

You will be surprised to know that some of the leaked information has matched the official announcements made so far. For example, your rival is named Hop, Team Yell in the game and Gigantamaxing.

So, it means the source of information and leak is somewhat reliable. The leaked data has some more details which are yet to be officially announced. Have a look at the list of yet to be confirmed leaks down below.

1) Eternatus is an evil legendary Pokemon

3) Skwovet and Greedunt are chipmunk Pokemon who will hide in berry trees and attack randomly if you shake for too many berries. If they attack, you lose half the berries that dropped.

4) The fourth gym is a Fairy-type gym, led by an actress named Opal. Milo, Nessa, and Kabu are the first ones.

5) Sonia is Leon’s former rival who is researching the dynamax phenomenon at the behest of her grandmother and professor of the game.

6) Meowth looks like a ball of spiky grey fur.

7) Before fighting the gym leaders, you have to complete the gym challenges.

– Milo has you herding sheep Pokemon named Wooloo, but electric corgi Pokemon, will startle them and send them rolling elsewhere.

– Nessa has you running through a maze where water blocks the way.

– Kabu requires you to catch Pokemon and get 5 points, but you have to be in a party battle with another trainer who’s also trying to catch it.

So, it seems like Gamefreak, the developer behind Pokemon Sword and Shield has put a great emphasis on a good storyline for the game.

For a quick refresher, details about the ‘Galarian’ forms were revealed on July 8, 2019, in an official post on Pokemon Twitter handle. The following Pokemon have received Galarian forms in the newly launched trailer. Also, some new Pokemon have made their entry in Pokemon Sword and Shield, including Morpeko, Gossifleur, Wooloo, Corviknight, Drednaw, Zacian and Zamazenta. 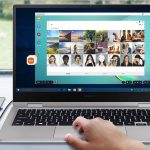