The game will only be available on Nintendo Switch. Earlier, we saw the addition of a few new Pokemon in the Galar region, including Gossifleur, Wooloo, Corviknight, Drednaw. The previous trailer also introduced two legendary Pokemon, including Zacian and Zamazenta.

But today, Galarian forms of a few Pokemon have been revealed which are based on Galar region. It is similar to Alolan forms, which were created when Kantonian Pokemon travelled to the tropical region of Alola.

Along with Galarian forms, the new trailer also features two new rivals. The following Pokemon have received the Galarian forms in the latest Pokemon Sword and Shield trailer.

Let us discuss all the Galarian forms one by one.

Linoone, which is an evolution of Zigzagoon has somewhat similar characteristics to Zigzagoon ( Galar region). Linoone Galar form changes its type from Normal to Dark. So today reveal also introduced an evolution of Linoone which is called Obstagoon. Both Zigzagoon and Linoone use four legs to stand on the ground, but Linoone evolution stands tall on his two feets. Obstagoon is a Dark/Normal Type Pokemon and has the abilities Reckless and Guts.

In Morpeko Full Belly mode, it can launch an electric aura wheel attack on its opponents, but it changes to a dark aura wheel in Hangry Mode.

The latest gameplay trailer also introduced two new rivals to the game, including Bede and Marnie.

Wild fans of Marine called Team Yell, will interfere players journey in Pokemon Sword and Shield. Players will encounter them at many points during their travel across Galar region.

For a quick refresher, Pokemon Sword and Shield also introduced gigantamax forms for a few Pokemon including Corviknight, Drednaw, and Alcremie. 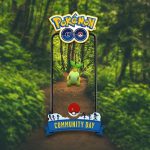