Motorola’s flagship Moto Z lineup doesn’t enjoy significant popularity across the globe. In fact, Motorola as a brand, in general, has lost visibility in major markets worldwide, but with a few exceptions like Brazil, which remains the Lenovo-owned company’s best performing market.

For this reason, Brazil is usually the first to get Motorola’s attention, be it with respect to new device launches or software updates. This explains why the Moto Z2 Force received the update to Android 9 Pie in the soccer-crazy nation in early June.

In comparison, it’s only until a few days ago that India joined the party.

While we’ve come to learn that some Moto Z2 Force units in the U.S., more specifically non-Verizon models, won’t get past Oreo, it seems this isn’t standing in the way of Moto Z2 Force Pie updates for other regions.

Delivering any Android upgrade is a complex process. For a variety of reasons, some US Moto Z2 Force models will not receive the Android 9 “Pie” update. The Moto Z2 Force model sold by Verizon will receive Pie as it is necessary to enable the 5G Moto Mod. We are committed to providing two years of Android security updates on all Moto Z2 force devices.

As of this writing, those in Germany and Mexico can now download and install the latest stable version of Android on their Z2 Force handsets. When replying to a tweet from a concerned Z2 Force owner in Mexico, Motorola did confirm the update has been released in batches.

Hello! The update has been released in batches by the model (IMEI), country and service provider. When it is ready for your device, you will receive a notification via OTA, so you can proceed with the download of it, while you must stay waiting.

Even though Android Pie has been released, how soon you receive the download notification depends on the exact model number (IMEI) of your device, your country, and service provider. These three, especially the latter, play a huge role in determining how swift software updates roll out.

Across borders and into Europe, the update to Android 9 Pie is ready to download for those using the RETEU model of the Moto Z2 Force. Just like elsewhere, the update is airborne, meaning not every RETEU variant of the Z2 Force will receive the download notification at the same time.

The tweet above was accompanied by a screengrab of the update, all but confirming the rollout is live in Germany. Granted, Germans can now download and install Android 9 Pie on their Moto Z2 Force units right away.

The update is arriving as version PPX29.159-19 and besides installing Pie, it also tags along a newer (although not the latest since OnePlus and Google already released August patches) June 2019 security patch, the same one that also arrived with India’s and Verizon’s Pie updates.

Again, it’s worth noting that airborne (OTA) updates usually roll out gradually. This means that some Moto Z2 Force users are in line to receive the download notification ahead of others. If this happens, don’t fret, instead, try forcing the update via the Settings menu of your device.

Alternatively, you may as well sit back and wait for the OTA notification to arrive, probably over the weekend or maybe even early next week.

TIP: If you want to be sure about how good or bad the Pie update is for your Moto Z2 Force, you may want to go with the latter option. This should give you some time to sample reviews of early adopters and decide whether to upgrade or not once the OTA arrives on your phone. 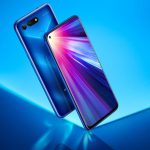