Moto Z2 Force is the American phone manufacturer Motorola’s 2017 high end device (powered by Snapdragon 835) that originally shipped with Android Nougat. The phone was bumped to Android 8.0 Oreo by the end of the launch year at least on Verizon, followed by other carriers later.

we are finalizing the tests and the sooner you will have the experience of having the Android Pie running smoothly and perfectly in your Z2 Play, you can trust! ?

Since Motorola shared the list of Pie compatible devices, along with other Motorola phone users, Moto Z2 Force users have been gawking Pie’s arrival as well as inquiring about the same across online discussion platforms. Here are some recently posted queries on micro-blogging site Twitter: But the wait is finally over. We haven’t got hands on the changelog yet, but a feature that we can confirm in this implementation of Pie is scrolling screenshot (as can be seen in the following images): It’s worth mentioning, the location of the user who shared the Pie update details is Brazil. So it’s likely the update is being pushed to Brazilian region devices. Also, as we aren’t able to locate any official word from Motorola about the roll out, this could even be a soak test.

So don’t expect to receive the update right away. Rest assured, we are looking for more info and will update the story as and when we get hands on anything relevant. Just in case Pie has landed on your Moto Z2 Force unit, do share with us how it’s acting on your phone by dropping a comment below. 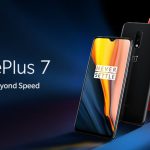