Monthly security updates! Soon after a new month commences, begins the usual race among OEMs to push the latest security patches to their devices. We are in August already, and after OnePlus, Xiaomi and Google, other phone manufacturers are also speeding up to push the updates.

Motorola is now joining the August 2019 security update club, as the company has announced the patch for a handful of phones. The list includes Moto G series devices namely Moto G7 Play, G6 Play, Moto G6, G5s Plus, and Moto G5s, along side Moto e5 Play.

The information comes from Motorola’s software support pages for the concerned phones. Coming to what changes one should expect, as for Moto e5 Play, G5s Plus, G5s and G6 Play, the update release notes convey nothing more than the latest August security patch. However, in case of Moto G7 Play and Moto G6, the release notes convey August patch along with bug fixes (which exactly, that’s not clearly stated) and stability improvements. It goes without saying, the August security update for the above-mentioned devices have currently only been listed at Motorola’s official software support pages. How long will it actually take to roll out these patches, well, that only the Motorola can tell.

Rest assured, we’ll be keeping a close watch and will let you know as and when the updates go live.

Moving on, while OEMs are after releasing the August security update, as of today, US carrier Verizon has pushed the July OTA to Samsung Galaxy Tab E (8.0).

As for monthly security updates, they are often supported for three years, and that’s why Galaxy Tab E devices on Verizon network are receiving the last month’s security patch.The update bears build number M1AJQ.T378VVRU4BSG6, and brings along some performance enhancements as well. 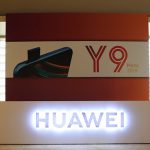