Be it a $1,000 flagship or a $100 entry level phone, the probabilities of getting regular software updates are pretty much same for every Android phone out there.

The thumb rule is to stick with Google – either with the premium Pixel lineup or budget friendly Android One phones. Essential seems to be worthy alternative, but the future of the company is rather uncertain.

Thanks to the monthly security patch initiative taken by Google, more and more Android OEMs are now bound to provide at least periodic updates to their phones. In case of major version upgrades, the time period is two years set by most of the big names out there (exception that proves the rule!).

In some cases, a phone may get security updates beyond the three years bound. But what if I told you that a four years old device is now entitled to get OTAs from the OEM? Remember, we are not considering iPhones!

Well, the thrilling news is originated from security bulletin of LG – a company notorious for delayed OTAs. According to their list, both 2015’s LG V10 and 2016’s LG G5 are still entitled to receive (irregular?) security updates! Sounds interesting, doesn’t it? FYI, LG actually removed G5 and V20 from this list back in January of this year. Both of them returned after a short time, and the South Korean variant of LG G5 (model number F700K) managed to get a security update in June.

We are not sure whether this stance has anything to do with the so-called Software Upgrade Center, “… aimed at providing customers worldwide with faster, timelier, smartphone operating system and software updates”, but I would love to get security updates on my 4 years old phone.

Talking about LG V10, the debutant phone of the V lineup, was released in 2015 with a pseudo-flagship Snapdragon 808 SoC. Starting with Android Lollipop and ending with Nougat, the phone sported a unique secondary display situated above the primary one.

LG plays the game in a defensive style, as the company will decide “… if updates are released monthly, quarterly, or irregularly, depending on regions and carriers”. It could be possible that only in-house Korean models get one or two more updates, but the tenacity is certainly appreciable.

Thanks Hritik Sauw for the tip! 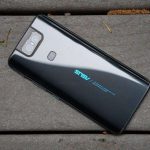 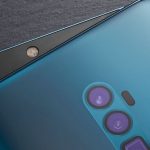