The Harry Potter Wizards Unite game has crossed 5 million downloads on Android in just one month of its release. Wizards Unite developers are continuously working on feedback and complaints to make the game better.

In one month of the game, many bugs have plagued the game, but the Wizards Unite team is committed to resolving it. But one bug which has arguably bothered players the most is the issue of Portkeys not tracking the proper distance or Portkeys not opening at all.

However, there is still no fix for this bug from Niantic, but today the Harry Potter Wizards Unite team made an official announcement and changes regarding Portkeys. You can read the official ministry announcement from below.

Based on feedback we received from the Community around changes to Portkey wrackspurts rewards, we are making the following change:

7km and 10km Portkey wrackspurts rewards will be increased

Thank you for your feedback on this! Keep an eye out for Release Notes for when these changes go live. @everyone

Two new announcements have also been made during the San Diego Comic-Con. Mary Casey, Executive Director of Product at WB Games confirmed that Adventure Sync is coming soon to the game.

Players have been requesting this feature since the game’s release, as it allows the game to run in the background and effectively track the Portmanteau distance. 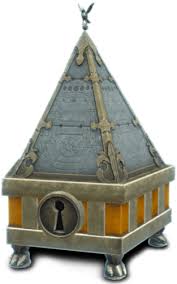 The addition of this new feature will be very helpful to players as it allows them to walk around while keeping the phone screen off and still making the Portmanteau distance count. You can have more information regarding this feature by heading here.

Another big announcement, which came from San Diego Comic-Con is that the dragons will make their entry at the end of August during the Wizards Unite Fan Festival in Indianapolis.

Four dragons will make their entry into the game, including Common Welsh Green, Antipodean Opaleye, Chinese Fireball and Peruvian Vipertooth.

Players will be able to encounter dragons as Oddities, and dragons will have regional spawns. You can get more information on dragons by heading here.

Also, the Harry Potter Wizards Team has released some interesting information regarding the first-ever Community Day for the game. As per the shared details, players from all over the world returned over 12 million Foundables and walked more than 270,000 kilometres. 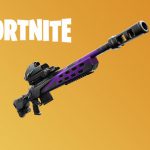