There was a time when Samsung used the ‘Gear’ moniker for their smart wearable devices. Besides smartwatches, the Korean OEM also sold wireless earphones (Gear IconX) under this particular sub-brand.

However, the company decided to unify their products under the much familiar umbrella term ‘Galaxy’. With the release of the 10th anniversary edition of Samsung Galaxy lineup, aka Galaxy S10, the OEM also launched Galaxy Watch Active and Galaxy Buds as part of the consolidation.

As a matter of fact, the original Galaxy Watch was launched back in 2018, which kickstarted the unification procedure. The first Galaxy branded smartwatch is powered by a dual core Exynos 9110 SoC, while the underlying OS is based on Tizen platform.

Samsung released both LTE and Wi-Fi only variants of the Galaxy Watch. Similar to their legacy phones, the OEM rolled out One UI update to their watches (including the Galaxy Watch). The OTA brought tons of new features, and strengthen the parity between Samsung phones running One UI.

– One UI for Watch
· Check information on your watch at a quick glance. Updated graphics(motion, interface) delivers refreshed look

– Settings
· Setting menus have been updated for easier discovery. Daily briefing setting has been added for watch to be smarter. Additionally, Sleeping mode can now be turned on/off. Watch can now be set to wake up by touching the screen

– Wellness of Heart
· If heart rate is measured over the limit(set by user), watch notifies the user

– Swim
· Outdoor swim has been added to tracking

– Battery optimization
· Setting to manage background apps have been added

– Sleep
· For more contextual information, sleep statistic now includes trends and statistics of users who have the same or a similar age as the user.

As you can see, outdoor swimming tracking mode was added in the One UI update (build CSE1), but the watch owners often face erroneous output.

Seems that Samsung listened to their customers, as a new OTA update is now rolling to both LTE and non-LTE  variants of the Galaxy Watch. Apart from fixing an alarm syncing issue, the new build (CSG4) should improve swimming tracking too. The size of the update is ~15 MB and it should be installed via the Galaxy Wearable app from the paired smartphone. Although the OTA should not touch personal data, keeping a regular backup should be handy.

Both 42mm & 46mm models of Galaxy Watch should get this OTA. Initially available in the USA, the update is now available on other regions as well. 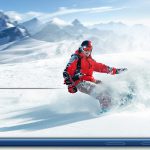 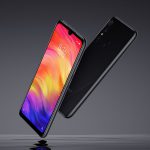