Wizards Unite has brought the magical world of Harry Potter to life with the help of Augmented Reality. The game was released on June 21 and received a good response worldwide. Just like its potions, the community of Wizards Unite is brewing slowly but increasing steadily.

The game is still new, and the Harry Potter Wizards Unite developers team is doing its best to make the game more enjoyable and smoother in gameplay. Still, a few bugs have troubled the game, and one of them is a bug preventing players from brewing or collecting potions. We have listed down all the latest build ups on this issue. The Harry Potter Wizards Unite team has also made an official response to this matter on Reddit. But before that, let’s have a look at Wizards Unite journey so far.

The event’s registry treasure trunk rewards were Brilliant runestones that can be used in the fortress to complete the wizarding challenges that can help you earn brilliant Foundable rewards including Brilliant Salamander, Brilliant Scorched Tree Stump, Brilliant Unicorn and many more.

Also, the first ever Community Day for the game is coming on July 20. It is expected to bring a lot of bonuses to the game. Also, we may see severe or emergency ‘foundables’ spawning more frequently worldwide. It will be interesting to see how the first Community Day of Wizards Unite falls out.

Speaking of the bug that is preventing players from brewing or collecting potions, it has been noticed in the game since June 22. Many players have come forward on Reddit to report this bug and also shared a list of problems they are facing due to this in-game bug.

Many players have not been able to defeat high-level confoundable as they run out of potions. They are unable to complete daily quests and are missing out on gold and scrolls every day.

Also, they are not able to complete the quest chain for the event, as the last set of quests requires brewing a potion. They can’t progress on SOS quests because they need to brew a potion. So, it seems like a game-breaking bug as many players are missing to complete major parts of the game due to this bug. Have a look at the complaints from players who have reported this bug to the game’s official Reddit forum. So fret not, you are not alone. The Harry Potter Wizards Unite Team have addressed this issue and are currently looking into this matter.

We certainly hope a fix for this issue will arrive soon and as soon as any fix arrives for this, we will update this column. So, keep checking our feeds for all the latest developments of HPWU. 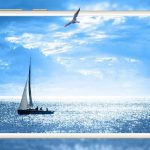