The Harry Potter Wizards Unite player base is increasing slowly in numbers. The game has not received a grand opening like Pokemon Go, but it is doing well and growing steadily. The first event for the game was announced on 4 July and was called ‘Brilliant Event’. We have already witnessed Community Days for another Niantic game, Pokemon Go and these Community Days are popular among Pokemon Go fans. It would be interesting to see how the event performs for Wizards Unite when it gets live.

On Pokemon Go Community Days, we have seen that one Pokemon is selected as a featured Pokemon whose spawn rate increases worldwide. It starts appearing more frequently in the wild. Also, Community Day is usually accompanied by bonuses.

For Pokemon Go, we usually have an increased catch XP or lures that work for a longer duration. We can expect something similar for Harry Potter Wizards Unite. We will surely get some bonuses for the event. Also, we may see some severe or emergency foundables spawning more frequently. It could also be possible that we may see more Rare Oddities spawning. When it comes to rewards, players want to have restricted books as Community Day rewards. Also, players will surely receive more XP for the completion of Community Day tasks. As soon as more details on Community Day arrives, we will update this column so make sure to keep checking our feeds.

Also, if you are facing an issue with Portkeys, you can report the bug here. 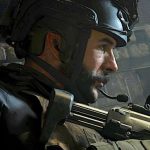