Harry Potter Wizards Unite is a nascent game which was released on June 21 from Niantic. It seems like Niantic has mastered the art of making beautiful AR games. Pokemon Go, which was launched back in 2016, is still one of the most popular mobile games. Whenever any new game is released, we often see some compatibility issues with few devices due to which bugs and issues arise. Similarly, some Harry Potter Wizards Unite players are encountering an issue with Portkeys. They are unable to activate and use Portkeys.

Portkey is an essential feature of the game, and there are three different types of Portmanteaus in the game, which can be unlocked using Portkey. Portmanteaus are similar to eggs in Pokemon Go. Players are required to walk a certain distance with a key plugged in to unlock it.

On the recently launched community website, many players reporting in with the issue of Portkeys, where they were unable to use them. Whenever they are trying to access and activate Portkey, it is only showing a blue screen in the place of the boot (Portkey). Many players are assuming that their device does not support ARCore functionality and could be a possible reason behind this issue. The list of devices that support Google ARCore can be found here.  Have a look at a series of complaints on this issue. Well, one user pointed out that the issue is not with the Google ARCore, but is due to lack of magnetometer sensor or Gyroscope sensor on the device. It is still unclear, what is the root cause of this issue, whether it is ARCore, Gyroscope, Magnetometer or Compass?

Proliferating complaints on this issue will surely take notice from the Harry Potter Wizards Unite Team. Until now, this issue has not been addressed by any HPWU official. We are sure the devs will come with a fix for this issue very soon.

Rest assured. Whenever a fix for this issue arrives, we will update it on our website, so keep checking our feeds. 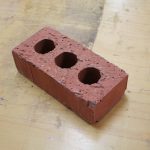 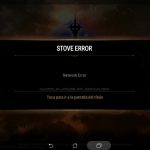