Harry Potter Wizards Unite is a new title from Niantic, and the game is picking up a little slower than Pokemon Go. The game is now available in most parts of the world, but still few countries are left. The reason for this is that the game has been released in staged rollouts.

The Harry Potter Wizards Unite community now has a total of 42k members on Reddit. The player base for the game is increasing consistently, and we are sure the game will reach successful heights in the coming time.

On 2nd July, the developers of the Harry Potter Wizards Unite game launched an official community website for the players. The intention behind this is to bring Harry Potter: Wizards Unite players from across the world together in one place.

Apart from this you can also visit Official Reddit Community for the game from the link below.

The official community will provide information on new updates, features, release notes, and known issues. Players can also chat and discuss with one another. The Harry Potter Wizards Unite team will stay active in this community and occasionally share its thoughts or answer the queries. Players can use their Google or Facebook profile to sign-in to the community. Currently, there are three categories on the official community page, including gameplay discussion, announcements, questions and feedback. In the announcement tab, you can catch up with all the official news from the Ministry.

Under the discussion tab, in addition to conversing about the game, you can find guides for the game to enhance your gaming skills. It also has another tab ‘Questions & Feedback’ where players can provide feedback on the game. 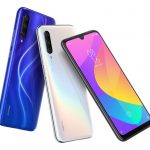