A big update for Pokemon Go has been rolled out, which has made some changes to Trainer Battles and introduced new moves. PVP Trainer battles were added to the game back in December 2018. Trainer battles offer a fun and exciting experience to Pokemon Go players.

Few changes have been made to trainer battle mechanics. Now, there will be a pause while switching Pokemon during Trainer battle. This change has been made to avoid Pokemon, causing damage to each other while they are withdrawn into their Poké Balls. New swiping and tapping mechanics will also be introduced for the Charged Attack.

Niantic has also added some new moves for Pokemon; they will be able to learn new attack which they couldn’t before. Two new attacks have also made its entry into Pokemon Go, which has not been seen before in the game. Two new attacks that have been introduced are Charm (A Fairy-type Fast Attack) and Skull Bash.

Let us learn about the new moves and attacks for the following Pokemon. Niantic has also given an explanation for every move set change. Alolan Raichu currently can only learn Electric- and Psychic-type attacks. Grass Knot will give it more type coverage and help cover its weakness to Ground-type attacks. Sludge Bomb provides Vileplume with a strong Poison-type Charged Attack to take full advantage of its Grass and Poison types. These attacks provide Hypno with coverage to help it in the Great League. Rock Throw allows Aerodactyl to compete in the Great League against other Flying-type Pokémon, such as Altaria. Zapdos currently can only learn Electric-type Charged Attacks. Drill Peck gives another type option and is a natural fit for this Pokémon. Ancient Power provides Zapdos with additional type coverage. Wing Attack provides Moltres with a Fast Attack alternative to Fire Spin, and Ancient Power gives it a new type option for its Charged Attacks. Dragon Claw gives Sceptile additional coverage to compete with Dragon-type Pokémon in the Great League and the Ultra League. The Fast Attack Smack Down should make Aggron a formidable choice to use in any league. 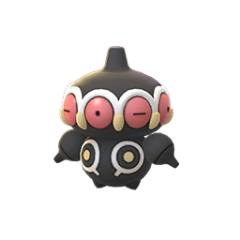 This Ground-type alternative to Claydol’s Psychic-type Fast Attacks provides it with additional type coverage, improving its capabilities against Pokémon resistant to Psychic-type attacks. Bulldoze and Psyshock are Charged Attacks that Bronzong can capitalize on to differentiate it from other Psychic-type or Steel-type Pokémon, like Metagross. In addition to this, the following two new moves are making entry to Pokemon Game for the first time.

The first one is a Fairy-Type move ‘Charm: A Fairy-type Fast Attack’. This attack will be learned by the following Pokemon. Raichu, Clefable, Wigglytuff, Wobbuffet, Granbull, Donphan, Gardevoir, Delcatty, Latias, Togekiss, Gallade.

The second one is Skull Bash: A Normal-type Charged Attack which will increase the Defense stats of the user 100 percent of the time. This move will be learned by the following Pokemon : Blastoise, Raichu, Lapras, Snorlax, Rhyperior.

Armored Mewtwo Raid is also available now, starting on July 10 at 1 PM PT / 4 PM ET / 9 PM BST and will stay live until July 31. Also, the next Pokemon Community Day will feature Mudkip, a water type starter Pokemon. The next Community Day is scheduled for July 21.

Previous article Got Realme 3 Pro? Here’s how to use new swipe gestures and setup realme ID