Several Xiaomi devices like Redmi Y3 get June security update, many other changes

The former Redmi lineup of Xiaomi was deserved for entry level and value for money smartphones. They did create a strong foundation on which the OEM is currently expanding their portfolio – with the flagship grade Redmi K20 series, for example.

Xiaomi spawned the Redmi Y (Y stands for ‘Youth’) lineup in India as a selfie centric budget-friendly series of phones. The first two generations were nothing but rebranded phones from other Redmi groups, such as the Chinese Redmi S2 became Redmi Y2.

However, 2019’s Redmi Y3 is a standalone successor to the former selfie king. Released solely in India, the phone is powered by Qualcomm Snapdragon 632 SoC (no more SD625!) while sporting a monstrous 32 MP front camera.

Redmi Y3 came with Android 9.0 Pie based MIUI 10.2 on board, which was rather a pleasant surprise for phones in low-to-mid tier. Redmi (now an independent brand) quickly pushed the first update in May with MIUI 10.3.2.0 tag which brough April security patches.

Since then, the owners of Redmi Y3 are bugging Xiaomi’s online forums and social media channels for further OTAs. There is no beta channel available for the device, and Xiaomi closed down the public beta initiative from this month. Well, it seems that the OEM has no plan to abandon their selfie centric phone, as the June update gets live on Xiaomi update servers. Skipping a month (May) of security patch and tons of fixes are responsible for making the incremental update quite huge – over 500 MB! The complete changelog of the update is as follows:

While the changeset looks like pretty much typical as existing MIUI 10.3 updates, Xiaomi updated the kernel and included various under the hood changes for performance improvements.

The Chinese OEM is already rolling out July security patch to some phones via beta channel, and a bunch of flagship grade Mi phones have received the aforementioned June update in recent times. The list includes Mi 8 and the 5G variant of Mi MIX 3.

Without further ado, the download links of the full update packages are listed below. Grab the appropriate zip for your device and update via the built-in Local Update option in MIUI.

Both Mi MIX 3 5G and Mi 8 get lock screen pocket mode as well as new camera UI and filters with these updates.

Which security patch do you have on your phone? Let us know by commenting below? 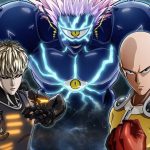 One-Punch Man: A Hero Nobody Knows - all characters list