While Oppo F9/F9 Pro and F7 were not included initially, the OEM recently confirmed that those phones would eventually get the Pie update. In fact, the beta registrations of ColorOS 6 testing for F9/F9 Pro has been started as well.

On the other hand, the R15 series is subject to some peculiarities. While the regular OPPO R15 is based on MT6771 Helio P60 chipset, the Dream Mirror Edition of the phone is powered by Qualcomm Snapdragon 660 platform.

Yet another example of rebranding, the Snapdragon variant of R15 is sold as OPPO R15 Pro globally; although the physical dimensions of the Dream Mirror Edition (DME) are slightly different than the Pro model.

OPPO continued to push numerous beta builds of ColorOS 6.0 for both R15 and R15 DME since last few months. The last public beta arrived at the end of May, and the company promised to release a dedicated migration build to ensure smooth transition from the beta to final stable update. Well, the stable build of ColorOS 6.0 is finally here, but there is a catch. Right now, OPPO is pushing the build gradually to selected number of R15 Dream Mirror Edition owners to ensure stability.

Interested users need to fill up this online form with the IMEI number which is the identifier for pushing the almost-final build.

Hopefully the stable Android Pie update will be rolled out for the regular R15 as well as global R15 Pro as well. Till then, do monitor OPPO’s forum and social media channel for updates. 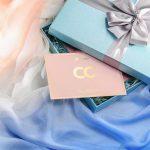 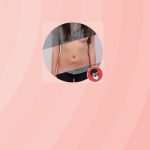