The not-so-hidden relationship between OPPO and OnePlus is often highlighted by us. In fact Realme, another Chinese OEM in the market, started as an offshoot of OPPO. Well, do you know that Vivo is a distant cousin of these companies?

Even if we forget about the uncanny resemblance between the phones made by these OEMs, it is hard to neglect the similarities in software components. Realme is basically using OPPO’s ColorOS in their phones, while Vivo’s Funtouch OS is yet another skin of the former.

A few months ago, Vivo launched iQOO – a flagship grade phone with the specs like Snapdragon 855 SoC, triple rear camera design, under display fingerprint scanner and up to 44W fast charging. Android community initially predicted iQOO as another sub-brand from BBK Electronics, but Vivo remains in-charge.

You have to be in China if you want to get your hands on this gaming phone though. The company is bringing various fixes and improvements to the iQOO (pronounced as ‘eye-kyoo’) since the inception of the phone, and the newest update brings DC Dimming to the beast.

The incremental update with version number 1.17.4 requires Funtouch OS 1.16.32 for Vivo iQOO to be installed as a prerequisite. Besides DC Dimming, this OTA bundles new fingerprint unlock animation styles and SOS calling functionality. The security patch level is based on May 2019.

DC Dimming is the new trend in the smartphone domain, and Vivo’s implementation can be activated by navigating to Settings => Display and Brightness => Low Brightness Anti-screen Flash option.

PiunikaWeb readers should remember that OnePlus also brought the DC Dimming feature as an experimental functionality of OxygenOS/HydrogenOS in OnePlus 7 series.

As always, Vivo is gradually rolling out the update. End users may need to wait a little to get the OTA prompt on their phones. There are some reports about high battery drainage and occasional hangs, so don’t forget to backup – in case you need to revert back. 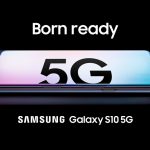 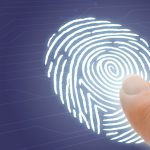