Let’s say you are looking for a new Android phone, and ready to explore some not-so-big brands as well. You just found a great deal from a foreign online store, but the phone might come preloaded with Chinese firmware. Consequence? No access to Google services, including Play Store!

Yes, there are a few unofficial ways to install the set of Google apps (also known as ‘GApps’) on these phones. But the Mountain View giant started to flag the hackjobs as ‘Uncertified’.

Vendors who properly passed Compatibility Test Suite (CTS) are only allowed to ship ‘certified’ Google apps in their phones.

Google also maintains a public database of officially Play certified devices from every OEM. They update the list quite frequently, thus one can easily validate the actual certification status of their phones/tablets (or any other Android device with access to Google Play).

And here comes the surprise! While casually looking at the current list, we have spotted these two interesting entries: Wait a minute – why would Warner Bros. enter into smartphone business? Or are they planning to distribute tablets as comics readers?

Before you are going crazy about the ‘Avengers’ reference, I should mention that Warner Bros. has their own Avengers movie long before the Earth’s mightiest heroes started to rock the silver screen. While we have seen Disney’s Avengers branded smartphones before, but this entry looks really different.

It is highly unlikely that two competing entertainment companies (DC and Marvel comics are subsidiaries of Warner Bros. and Disney respectively) will collaborate each other to launch limited edition Android phones for their fans, but let’s forget those real life constraints for a while!

All we know that the ‘Avengers’ phone (or tablet, or even smart TV) from ‘Warner Bros.’ does exist and it passed the Google Play certification sometimes in the beginning of this week.

We don’t have the slightest idea what kind of device it is or whether it will be available for the massed in near future. Hey, why don’t we think it as one of Q’s gadgets? (I know, tons of overlapping universes!) 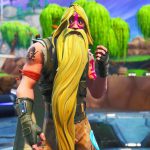 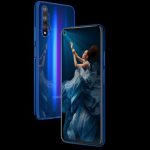 [Updated] These Honor phones will likely get Android Q update