Huawei ban in the US is hidden from none. The company is aggressively pushing the promised firmware updates to as many Huawei/Honor phones as possible.

Leave aside the phones that are getting Android Pie-based EMUI 9, phones like Honor Play and Honor View 20 have recently received the monthly security updates (not the latest June patch though). And now Honor View 10 is also joining the list of Huawei phones getting the updated security patch.

Honor View 10, is Huawei’s sub brand Honor’s View series’ 2017 high-end phone. The device is powered by HiSilicon Kirin 970 SoC, and shipped with Android Oreo layered with EMUI 8. In the beginning of this year, the phone received its first major OS update and was bumped to EMUI 9.

Cut to now. A new update bearing build number 9.0.0.228 (sized 685MB) is being circulated on Honor View 10 devices. Other than the May update, the changelog also specifies fix for a system language bug. Here’s what the complete changelog reads:

However, the update has left Honor View 10 users complaining. Users across Honor forum and Twitter are chiming about device lag or hang issue, apps not closing and continuously running in the background and causing fast battery drains and other problems. Here are all issues listed by users:

The following bugs I was facing after updating to latest 9.0.0.228

1) Notification toggles were not working

2) Recent app not closing/Background apps were not clearing.

4) Every apps were taking 4-5times more time to open While, reports continue proliferating, a lot of users have confirmed that resetting the devices’ settings did the trick and resolved at least some of the issues. All you have to do is Settings > System > Reset > Reset all settings. Don’t reset the phone else you’ll end up loosing all data. So those of you who are facing the above mentioned issues after installing the May patch can give this workaround a try and see if it helps. And don’t forget to share with us how it goes. 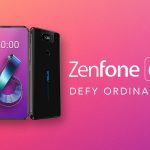