Another day, another article about a ‘gaming’ phone!

Back in 2011, Sony (then Sony Ericsson) released Xperia Play – an Android phone truly optimized for handheld gaming. Fast forward to a few years, and OEMs like Asus, Xiaomi (Black Shark) and Razer have rebooted the genre with beastly phones.

Being one of the oldest Android OEMs, ZTE also dipped their toe in this water. The Nubia Red Magic lineup from the Chinese OEM is solely targeted towards gamers. Flagship grade Qualcomm Snapdragon SoC, LTPS LCD/AMOLED display, dedicated cooling, lots of RGB – you just name it.

The first phone in this series aka the ZTE nubia Red Magic was launched back in April 2018. The phone came with a custom ‘Red Magic’ skin on top of Android 8.1 Oreo. Presumably due to the shortage, ZTE used one year old Snapdragon 835 platform in this phone.

Like most other Chinese smartphone makers, ZTE maintained two distinct version of software for the Chinese and the global variants of the phone. The Indian/international model got their last OTA update back in January of this year, and there is no sign of Android Pie update as of yet. However, the company is now rolling out the Android 9.0 Pie update for the Chinese variant of Nubia Red Magic. The update comes with the version number V3.15, as the numbering scheme is different from the global firmware.

The full changelog is as follows (translated from Chinese):

– Block calls and notifications for an immersive gaming experience

– Deep game theme, create a visual feast for the game

The inclusion of a dedicated gaming modes is nothing new, as we have seen the same trend with OnePlus (Fnatic mode) or Xiaomi (Game Turbo mode) phones as well.

The current stable build also includes the features from previous two Pie builds (V3.09 and V3.11) which were rolled out to select users as pilot beta.

The download link of the full update package can be found below:

Users with global units can flash the Chinese ROM, but they should backup their personal data before doing so. Regarding official Pie update for global models, we don’t have any immediate information. 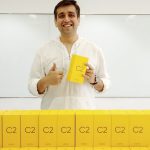