Powered by Snapdragon 710 SoC, Realme 3 Pro comes with VOOC flash charge 3.0 and Color OS 6.0 based on Android 9.0 Pie. On the other hand, the budget device Realme C2 embraces Mediatek Helio P22 chipset and Color OS 6.0 Lite based on Pie out of the box.

While user were still getting a hold of Realme 3 Pro and Real me C2 phones, once again living up to their tag line ‘proud to be young’ and continuing their legacy of vigorous phone launches, the company unveiled Realme X in China, a couple of weeks back. As for key take away, Realme X is yet another 48MP camera phone (just like Realme 3 Pro), but with the trending pop-up camera design. The device is powered by Snapdragon 710 chipset, and comes with Android 9.0 Pie layered with the company’s skin Color OS 6.0 out of the box.

Soon after Realme X’s launch event in China, Madhav Sheth (Realme India CEO) took to Twitter to announce that Realme X will be making way to India soon. However, they did not share any ETA regarding that.

#RealmeX is coming soon to India 🙂 But now they’ve spoken up about that as well. Recently, while responding to a user inquiring about Realme X’s arrival in India, Madhav said though the company plans to release the phone in India at the earliest, if things go as planned, Realme X will be in India sometime in the second half of this year.

We shall try to bring it earlier but with all our effort we think we shall be only able to bring around second half of the year. The same has also been shared by Realme India support recently: So now you know at least a little more about when you’ll get to see Realme X in India. Here’s hoping the company meets up their timeline and launches Realme X in India at the soonest. Rest assured, we are keeping an eye on all related developments, and will keep you updated.

NOTE: Not to miss, Realme 3 variants are back in stock on Flipkart, as shared by Madhav recently. So those of you who’ve been waiting, go grab yourself one. P.S. For more Realme-related news and stories, you may head here.

After being launched in China, the Realme X is finally coming to India. The company has started to tease the arrival via their official forum. For further details, see here. 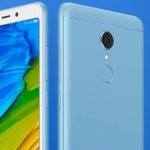