Among many of the Asus phones that are due to receive Android 9.0 Pie update, ZenFone 4 (ZE554KL) is one. ZenFone 4 is part of the company’s 2017 ZenFone 4 lineup of devices that otherwise includes Zenfone 4 Pro, Zenfone 4 Selfie/Selfie Pro and Zenfone 4 Max/Max Pro phones.

As for Pie, during past couple of weeks, the Taiwanese OEM has released Android Pie AOSP beta for ZenFone 4 Max (ZC554KL), followed by ZenFone 4 Selfie (ZD553KL). But other devices in the ZenFone 4 lineup are yet to get to taste the much awaited Pie (even in beta).

Shedding some light on Pie’s schedule, as we highlighted on our last coverage, the company recently shared they aim to roll out Android Pie on ZenFone 4 (ZE554KL) in the coming month, i.e. June.

The information came from a ZenTalk forums moderator while reverting back to some users who are eager to experience Pie on their units and have been inquiring about it. The forums moderator said:

While that still has time, what’s now coming to light is that Asus has pushed a new monthly update to ZenFone 4 devices. For a quick refresher, the phone is a mid-range device that’s powered by Snapdragon 630 SoC and was originally shipped with Android Nougat and the company’s skin ZenUI 4.

Some of you may already know that ZenFone 4 phones received their last monthly update back in March, which brought the March security patch along with updated Google Mobile Services (GMS).

However, the phone received no monthly patch in April and almost the entire month of May. And that’s why device users have been curious and inquiring about when are they going to receive the next monthly update (as can be seen in the following tweet). The wait is finally over, as recently, the company outed a new monthly patch for ZenFone 4 phones which bears build number WW_15.0610.1905.28. The update’s release notes don’t state much other than the updated security patch and GMS.

Though it should be the May update, there’s still lack of clarity, as even the user shared images of the update changelog don’t clear the picture.

Anyway, we are looking for more information regarding this and will update the story as and when we get some clarity. In case, this firmware update has already landed on your phone, do share with us your experience and the changes you get to see after updating.

P.S. For more Asus-related new and stories, you may head here. 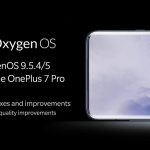