Chinese tech company Mobvoi unveiled their first smartwatch Ticwatch – that was compatible with both Android and iOS devices and powered by the company’s own Ticwear OS – back in 2015 in China. Later on, with TicWatch 2 Global edition, they opened up sales for users worldwide. Powered by Snapdragon 2100 chipset, Ticwatch Pro features a 1.3-inch AMOLED display, Bluetooth 4.1 and 400 mAh battery. Apart from that, it is also IP68 rated. But bugs and issues leave none, isn’t it? And same is the case with this slick and feature-rich smartwatch.

For past couple of weeks, Ticwatch Pro users have been reporting an issue with Google Maps app, wherein instead of getting the maps, all they get to see is a blank white screen on their smartwatch screen (as can be seen in the following user shared image). Complaints can be seen posted across the official Google Wear OS forum as well as Mobvoi forum.

When i open Google Maps on my Ticwatch Pro it show only a empty Screen without Maps. Location and surroundings are found and recognized

The map is not showing in Google Maps apps. I can see ‘+’, ‘-‘, ‘Around here’ button and compass arrow but nothing else. In the Navigation mode I can see green round bar with the street name but again no map.

I tried resetting and pairing my watch 3 times. I cleared all data of ‘Google Wear OS’ app, ‘Google Play’ and ‘Play services’ and rebooted my phone. I also reinstalled ‘Google Maps’ multiple time. Still no luck.

Initially it appeared this Google Maps issue is troubling specifically Ticwatch Pro users. But that’s not the case. A good number of reports can be seen from Fossil Q Explorist Gen 4 smartwatch owners and a few from users with smartwatches from other brands.

Here’s what some of the Fossil Q Explorist Gen 4 users have to say: Hi! I’m having exactly the same problem on my new Fossil Explorist 4, bought yesterday. It’s paired with a One Plus 6T phone.

Well My one the the latest Fossil Q HR gen 4, with Version H, Wear OS 2.6, with Samsung S10+, 1st March Patch update. Everything works except the map is blank. Other than that, following are some complaints from smartwear users with smartwatches from brands other than the ones mentioned above:

Also reporting in with the same problem. Only with a Skagen Falster 2, paired with an Essential Phone PH-1. No map showing through any connection. Hope this’ll be solved soon!

That confirms the issue is at least not specific to any particular smartwatch device.

While some of the affected Ticwatch Pro users confirmed they are running Google Maps v10.13.3, smartwatch users from other brands like Fossil said they face the same issue on a later version of Google Maps i.e. 10.14.1.

In between all these complains, one of the Wear OS forums product expert informed users that they’ve escalated the issue. But nothing more has come to light since then. On the other hand, a Mobvoi forums admin suggested the complainants that it could be an issue with Google Maps’ latest app and they should try uninstalling the update.

This may be an issue with the current version of google maps. Try either updating to the latest versions of maps and Wear os, or if everything is up to date, then by uninstalling the last google update and seeing if it works then. It’s also worth mentioning that some of the affected users who tried downgrading to Google Maps app v10.12.1 (from APK mirror) have confirmed no such blank/white screen issue appeared after that. So there could be a possibility that Google Maps’ v10.13.3 or later instigated the problem in question.

But right now all is up in the air. We hope Google looks into the matter soon and sheds some clarity on what’s causing Google Maps’ blank screen issue on some smartwatches. Rest assured, we are keeping a tab and will update the story as and when any new development comes to out sight.

BTW if you are also facing the Google Maps blank screen issue discussed here on your smartwatch, feel free to drop a comment and share with us your observation. In the meantime, you can also give the following user suggested workaround a try and see if tha fixes the issue for you too.

Here’s how you can install the older version of Google Maps (10.12.1) from APK mirror:

Don’t forget to let us know if that helps.

Going by latest user reports, the newest version of Google Maps i.e. 10.16.1 that was pushed on May 17 has resolved the white/blank screen issue on Wear OS.

NOTE: Those of you who are interested in reading more smartwatches-related news and stories can head here.

P.S. That’s not the only issue that currently plagues Google Maps app. Google Maps users on iOS, Android and web are facing issues with ‘want to go’ saved places that have somehow gone missing form their maps. To read the complete story, head here. 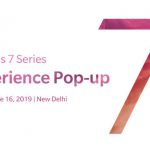