For about a month now, a Google Maps issue has been troubling a lot of iOS app users. While initially it appeared the problem has been resolved by the company by pushing a new update, now it is coming to light the glitch wasn’t resolved completely, at least not for all those affected. 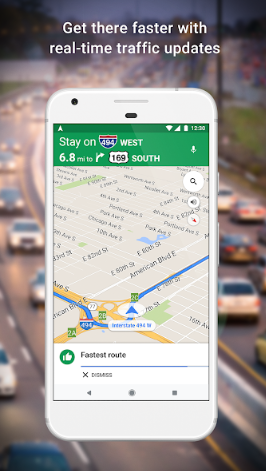 The closure of March basically left Google Maps’ iOS users complaining about ‘starred/saved places missing’ from maps on their units. Majority of them confirmed that ‘saved (or pinned) places gone’ issue creeped in after installing Google Maps app version 5.14.3.

Here’s how some of users explained the problem at the company’s official help forum:

Neither my saved nor my favorited places show on my map anymore since yesterday. I have tried logging in and out of my account on google maps, restarted the app, and switched the visibility of the list off and on again, but it’s still now showing

This is stupid version!!! All my pins of favourite places disappeared from the map on iPhone and IPad!! I tried to restart it again several times but the results the same,the function of “show on the map “ for saved places doesn’t work. Google, it is bad work, the map became not useful and convenient

Complainants even routed to Twitter to bring the matter to light. Just as reports were proliferating, a few affected users gave hope to others by sharing that the issue in question somehow got resolved for them after uninstalling and re-installing the app again. But that wasn’t the case for all. Majority of other affected users rejected the workaround and clearly confirmed that uninstalling and reinstalling the app brought back the places or saved locations only for a while. They disappear again after closing the app.

I also have a same problem after new version updated, all place saved disappear. Uninstall and reinstall will show back awhile, when close apps reopen disappear again…

I uninstalled the app and reinstalled. The saved locations showed for about 30 seconds and then disappeared after closing the app. Do you have a longer term solution? 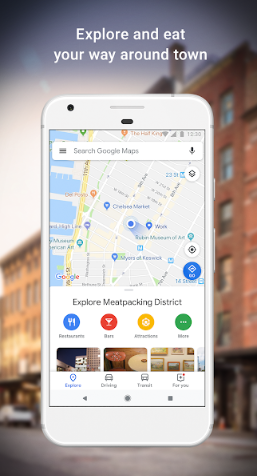 Considering the rising number of users reports, a Google Maps forums’ product expert pitched in saying they’ll inform the company about it. Within a day’s time, the same expert asked the users to go for the default map until Google fixes the issue.

We’ve been told by Google that if you start the map with the default map (no transit/traffic/satellite) it should work as usual. They are still working on a fix for satellite, but this should help in the meantime. Meanwhile, Google Maps team on Twitter also acknowledged the issue while reverting back to one of the complainants. A couple of days later, the forums product expert came up with the updated information saying the problem has now been resolved and users must install the newest version of Google Maps (v5.15) for the same to be fixed.

This should be fixed now. Please make sure you update your app to the latest version for the fix to be effective.

They also added the update might take time to reach out to all.

The updated fix might be a bit slow to roll out, so if you don’t see an update in your App store, please give it some time and try again later. While a lot of users confirmed the update resolved the issue for them, sadly, it didn’t help all. Rather users started reporting another issue saying after the latest update their ‘want to go’ saved places have gone missing.

A lot of my “want to go” places have disappeared (latest update). Is there any chance that they will reappear following a Google fix? Or do we have to consider them as definitely lost?

My starred places and favorite places are all there, but my entire list of Want to go disappeared and seem to all be gone. I’ve been adding new ones since then but it’s extremely frustrating to lose all those tagged places.

And this time, it isn’t only the iPhone/iPad users who are facing the issue.

Even Android app users have joined the string saying Google Maps v10.14.1 created an issue with the recently saved or want to go places as they’re not showing anymore.

For me only the Want to Gos dissapeared, and i had more than 800, and they dissapeared in the time while i was saving a new place. nothing helps to return them back, and i am a Samsung 9 user as for app, but the web version is also not showing them. Tears, tears, tears.
Google Maps Version: 10.14.1
Android Version: 9
Phone: SM-G960F

Same issue, missing my most recently saved places (within last couple months) which is a pain and time-consuming to add back in while I’m traveling. I’ve uninstalled and reinstalled, viewed as only the Default version (no Traffic, Satellite, or transit) and nothing works. My lists were actually changed to hidden somehow and I had to show them again on my Maps. I didn’t hide them. Version 10.14.1, Android version 9, Moto G6+.

Some users have reported the same problem even with the web version of Google Maps.

While users continue complaining, the same forums expert has now informed them that the new issue has been reported to Google. Here’s what they said:

I’ve reported the latest problem to Google & have asked them to fix this for you all. Considering the matter has already been highlighted, it’s safe to assume the same shall also get fixed soon. Rest assured, we are keeping an active tab on the matter, and will update as and when any new development comes to our sight.

In the meantime, if you are also facing the Google Maps issue discussed here, drop a comment and share with us your observation.

Previous article After Mi A2, Mi A1 and Mi A2 Lite are getting April 2019 update