The iOS-versus-Android war is getting older, but the latter is still lagging behind the former in terms of seamless messaging platform. iMessage can magically integrate with the whole Apple ecosystem, while Google is still confused about setting up a viable standard (RCS?) in messaging.

Third party messengers are exploiting this clumsy situation. The era of so called instant messaging apps like Yahoo! Messenger or Google Talk are over, as new players like WhatsApp or WeChat are dominating the market.

Telegram, created by the Russian entrepreneur Durov brothers, is getting popularity over typical messenger apps due to a number of unique reasons. Unlike their competitors, the client side codebase of Telegram is open sourced and they encourage developers to builds third party clients.

Moreover, the platform has extensive support of plugins and bots, optional end-to-end encrypted ‘secret’ chats and cloud based backup integration. Telegram is preferred by privacy minded users and human rights lawyers across the world to avoid censorship.

However, there is a catch! Since last few day, the official Telegram app for Android (package name: org.telegram.messenger) can’t be installed on various Samsung 2019 A series phones.

Groups and channels are cluttered and messages are not displayed correctly

Telegram is again gone from Google Play for Samsung A50

what’s the problem? why I have no issue with Telegram on my Samsung Galaxy A50 but you tell us there is an issue!!?

Besides Twitter, affected Samsung users have tried to find out the reason(s) behind this anomaly on other platforms, such as r/Telegram subreddit or Play Store review section. Samsung’s 2019 Ax0 series phones have issues with their file system which render Telegram and some other apps unusable. We’ve removed support for these devices until Samsung can fix the issue with a software update.

The reason sounds kind of weird, as the alternate official client aka Telegram X is reportedly working on these phones and even recommended by Telegram. FYI, Telegram X was the result of an internal rewrite of the whole Telegram client for Android and iOS for better performance.

The goal of Telegram X is to reinvent Telegram and explore new frontiers in speed, ease of use, quality of animations and all other aspects. Today we are glad to present two new official apps – Telegram X for Android and iOS.

Both these apps are experimental and may or may not eventually replace the existing official apps. But even if they don’t, they will speed up the development of Telegram by allowing us to quickly test new approaches and technologies.

Thanks to the open nature of Telegram, it can be possible to sideload the APK from mirrors or alternate platforms. People can also use third party alternatives, such as Plus Messenger on these phones without any issues.

According to a small number of people, the recent most software update from Samsung might have resolved the incompatibility issue with the Telegram app, but we are unable to gather more reports on this matter. Have you encountered the aforementioned error while trying to download Telegram app using your Samsung Galaxy phone? Comment below. 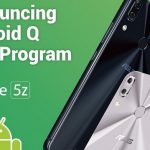