Planning to migrate from Google+ before closure? Users considering these alternatives Google is frequently criticized for their ‘startup’ style development: instead of setting a proper long term goal, they end up with numerous competing solutions. After few days, they slowly abandon them one by one, and guess what? They will present you another spellbinding service, built on the graves of the earlier ones.

Readers can easily relate the saga with Google’s messaging solutions. We had Google Talk, which was later upgraded to Hangouts. A small residue of it still belongs to Gmail’s web UI.

There was a time when Hangouts could send text messages. Google plans to retire Hangouts for consumers and embrace Hangouts Chat and Hangouts Meet for corporate customers.

Average users got Google Allo for messaging (no SMS fallback though) and Google Duo for video calling. Wait, there is Android Messages for texting via carrier networks, which is also RCS capable. Google also maintains AOSP Messaging app.

After the demise of Orkut, Google tried to combine messaging and social media platform by Google Wave and Google Buzz. It never took off, as packing features like microblogging, real time collaboration or web feed under one product yielded nothing but chaos.

Google+ was an exception. Created as a successor to Google Buzz, it was presented as an alternative to Facebook and Twitter.

Continuing the tradition, Google announced to shut down Google Plus for consumers. The company cited poor user engagement as well as disclosed a flaw which might allow accessing private user data from outside.

However, we ran a detailed analysis over the two weeks prior to patching the bug, and from that analysis, the Profiles of up to 500,000 Google+ accounts were potentially affected. Our analysis showed that up to 438 applications may have used this API.

While Google continues to support enterprise edition of G+, millions of the regular users are not eligible for that privilege.

It is possible to back up Google Plus data via takeout.google.com, but that does not bring back the community. 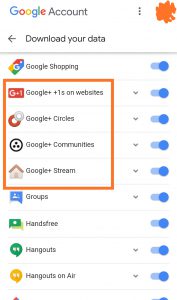 MeWe is the Next-Gen Social Network that actually respects the privacy of its members. No Ads. No Spyware. No BS. Your world is #Not4Sale.

The popular suggestion seems to be MeWe, which is a relatively new platform. The developers are pretty responsive and they have already incorporated many features which are part of Google Plus, e.g. circles, collections and hashtag following. MeWe even announced a tool to import your existing G+ data so that you can just start from where you left.

#MeWe welcomes all #GooglePlus users to a better home! To make your move even easier, we're launching the G+ MeWe Importer - an awesome tool that lets you upload ur G+ content to MeWe. 🥳 Expected to go live March 12 or sooner! #RIPGooglePlus #MeWeFebruaryhttps://t.co/zy2kL7z4td

Tapatalk is a familiar name among users who prefer to browse internet forums from smartphone. Tapatalk can optimize the page contents for easier mobile viewing.

The company has launched Tapatalk Groups few days ago, and they are clearly targeting Google Plus users.

Tapatalk Groups is a free web and app community platform home to 70,000+ forums. Like Google+, we take care of all the forum infrastructure and are built on the Amazon Web Services platform. We provide a secure and scalable environment so you can focus on what you do best – building community and nurturing great discussions.

And Tapatalk Groups has built-in support of Google Connect so your existing identities and posts will be retained. They also provide a G+ community migration wizard, but you need to apply first.

Unlike the above two, this one is not a platform itself. Google+ Exporter helps you to export your Google Plus data in generic JSON format, or convert it to WordPress or Blogger compatible formats.

We’re introducing an application that will help you to export your Google+ feeds (profile, pages, collections, communities, including all comments) to Wordpress 4.x and 5.x backup, Blogger backup or a JSON file.

Afterwards, import the data to any WordPress instance or Blogger – you will have your own site with all old goodies. LifeCloud is one click hosting provider, who also operates their own social media platform. They introduced Google+ Data Importer to provide the users a new home.

Google+ is shutting down in April, 2019, leaving a small window of time for its members to get all those years of posting downloaded and saved. Most of these will never be seen again! The Google+ Data Importer was created to give Life(cloud… pun intended) back to these communities. pluspora and other decentralized platforms

pluspora, which is a ‘pod’ or instance of diaspora* specially made for G+ users. There are other similar platforms, like Mastodon, Hubzilla, Friendica, Pleroma etc. Together with, they form The Federation, which acts like a massive conglomerate of these decentralized pods.

Fediverse is another such ensemble of federated platforms.

Some developers are trying to write an importer for Discourse, while Openbook developers dropped some sleek concept videos, including Google Plus import support.

Still not sure? Join here and take part in the ongoing discussion. Remember, the clock is ticking! 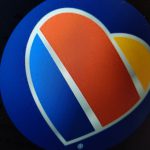