This story is being continuously updated (check update sections in the content)….

Yes, the service is dead. The official Twitter handle is also gone, although Facebook page exists. The official website wasn’t responding initially, but now it has the following message:

HH was born during a time when fansubs were pretty much dying. New shows were subbed weeks after release, most sites had lackluster interfaces and didn’t give a crap about the content they were putting out.

HH changed all that.

But as a wise man once said, every journey must come to an end – and unfortunately, it ain’t the happy kind this time. There’s plenty of options out there now. Fansubs are faster than ever. Streaming sites are better than ever. There’s no longer a real need for HH. We’ve done our part. Now it’s up to the rest of you to carry the torch.

Thank you for visiting and supporting us over the years. It’s been a wild ride. And you will all be sorely missed. Sayonara.

Of course, those who follow the service – a very large number of people I must say – are in for a shock. Many of the fans are taking to social media platforms like Twitter to share their thoughts on this sudden shut down. Take a look:

Rest in peace hentaihaven, you will be missed by many weebs. 😔

Of course, there is this question that why this sudden shutdown? We at PiunikaWeb did some research for you, and found an anime news blog claiming that Russia could be behind this shutdown.

Of course, there’s no official word from Russia or any credible source on this at the moment.

Moving on, a Twitter user shared a screenshot containing some text allegedly from the HH owner. As you can see in the screenshot below, the owner funnily claims the site is being shut down as they need to repay loan for their new fursuit.

Of course, this is least likely to be the real reason, and is possibly even not from the HH owner as well. So we suggest you don’t believe this.

hentaihaven is shutting down because owner had to pay off a loan for a fursuit lmao pic.twitter.com/r0PqtNeFRL

Moving on, someone who claims they frequent a Discord group (where HH related discussion happen) said they got to hear this:

Well I’m in the discord server and we’re told the site will stay down and we all should stop asking about it. No joke, he basically told us to shut the f*&^ up and stop asking. We have been fed no info as to why it has been shut down as financial and struggle of power have been debunked many times. Doesn’t help that the Facebook and Twitter have also been deleted, so there is no way anyone can ask them what’s going on, let alone go to the Discord as they have disabled the ability to invite people in the Discord

Zom is reportedly one of higher ups at HH.

The shut down could be because of legal reasons, as a few months back the service announced the demise of a tag due same reasons (screenshot courtesy Hartvigen): A legal issue sounds more probable than a financial one because there’s no point of shutting down or purging social media accounts due to lack of money.

Anyway, fans of YouTube’s most subscribed channel PewDiePie have been sharing these evidences for past few hours now:

When "sub to pewdiepie" meme gone wrong from PewdiepieSubmissions

This is why HH is down from PewdiepieSubmissions

Seemingly, an anonymous 4chan member revealed that HH servers were hosted in Australia, and due to pornography content laws getting stricter in the country, the service is being shut down.

Could this be one of the reasons behind the shut down?

Good news, the service may not be dead after all. To know more, head here.

We have some credible information that says sites like HentaiHaven.me are fake. Details here.

We are keeping a tab on the situation, and will let you know as when we have some more news-worthy information on the matter. Until then, let us know what you think about this shutdown in the comments section below. 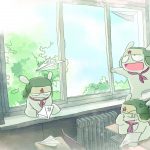